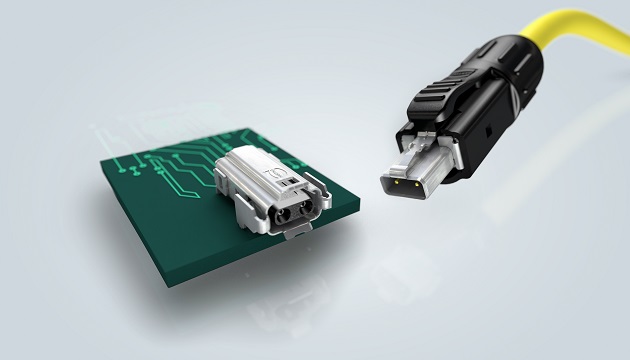 Integrated IP-based Ethernet communication as well as data and power over ever-smaller cables and connectors to devices are all major challenges facing Integrated Industry. As work continues towards achieving this goal, HARTING is also advancing in the area of Single Pair Ethernet (SPE) and setting standards for the interfaces required. All relevant standardisation committees have now opted for the HARTING design of an SPE mating face. For the protocol, this is IEEE802.3, and for cabling it is ISO/IEC JTC 1/SC 25 and TIA 42.

A prerequisite for the widespread use and hence the successful marketing of SPE technology is the end-to-end compatibility of devices, cables and connectors. This is ensured by international standardisation (ISO/IEC and IEEE 802.3). The beginning of 2018 saw an internationally drafted selection process standardised via ISO/IEC for cabling and the selection of standardised SPE mating faces. TIA initiated a similar process in the summer of 2018, and in November 2018 the IEEE finally decided. All three major bodies came to the same conclusion:

The development towards ever smaller and more powerful devices is making inroads into automation. Despite higher data rates and the parallel transmission of power (remote power supply), cabling components must become smaller and lighter. The new Single Pair Ethernet technology SPE, which is based on transmission standards according to IEEE 802.3bp and 802.3cg, now enables data transmission over Ethernet via a single pair as well as simultaneous power supply to end devices via PoDL – Power over Data Line.

Here, SPE delivers the decisive difference to bus systems or power interfaces in the form the latter are still to be found today at the field level. The field level thus becomes “smart”, and the integrated Ethernet communication reduces the effort involved in parameterisation, initialisation and programming. At the same time, all elements in the automation network can be set up, monitored and controlled remotely. The construction, operation and maintenance of equipment become more efficient and cheaper.

Many connected devices, switches, sensors and other consumers do not require additional power supplies or batteries. This increases operational safety and protects the environment.