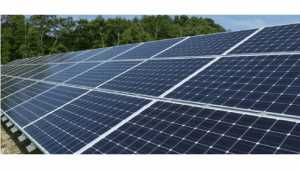 A 10 GW solar tender that required power generators to set up equipment manufacturing facility received lukewarm response despite the government raising the ceiling tariff, sparking speculations of the tender being scrapped. The final date of bid submission was Monday.

The manufacturing-linked tender was first floated by Solar Energy Corporation of India (SECI) in May this year in a bid to boost local manufacturing of solar equipment, but the industry has not been keen on the model, forcing the bid submission to be postponed six times.

“SECI will take a call whether to cancel the tender,” a government official said. “The final set of changes has already been made to the tender conditions. It is unlikely that the bid submission deadline will be further extended.”

According to sources aware with developments, Azure Power bid for 2,000 MW power project linked with 600 MW solar equipment manufacturing capacity, while most of the other large industry players stayed away from tender.

The government had tweaked the tender several times to make it attractive for the industry. Recently, it increased the ceiling tariff for the tender by 10 paise to Rs 2.85 per unit after the industry complained of rising interest costs and rupee depreciation dampening the economic viability of the projects required to be set up under the tender.

This increase was apparently not enough to woo the industry that had raised concern that the government is forcing developers to enter into manufacturing business, and the risks involved in both are completely different.

Another industry official said manufacturers and project developers had the same set of issues around tariffs and the basic model of linking power project with manufacturing, which kept most players away from the tender.

Some industry experts believe SECI may now scrap the tender. “The bid may be scrapped in its present form if there no takers,” said an industry insider. “There is no interest from the industry and SECI has said it would not make any more changes to the bid conditions.”

The industry had not received any official word on further extension for bid submission till 6 pm on Monday, which was the final deadline for the same, multiple industry players said.
More than 90% of solar panels and modules used in Indian solar projects are imported.