Made in India Li-Ion batteries to cut dependence on China 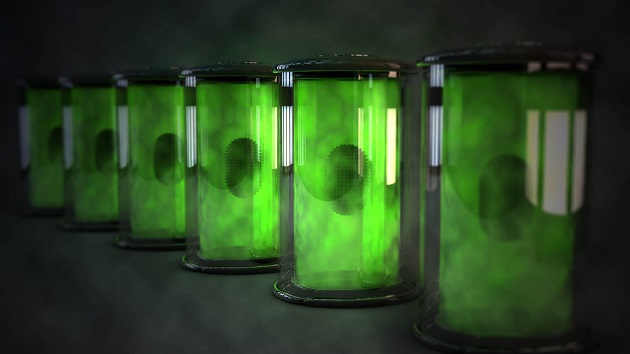 The rapid penetration of electric vehicles in India is expected to drive the need for Lithium Li-ion battery manufacturing in the country. Li-ion batteries act as the primary storage option for electro-chemical energy. These batteries are rechargeable and contain Li-ion as the key component of electrolyte.

Recently, TATA Chemicals Ltd has started India’s Biggest Lithium-Ion Battery Plant in Dholera to compete with the Chinese. They have invested Rs 4,000 crores for setting up a lithium-ion battery plant in Dholera Special Investment Region (DSIR) in Gujarat. TATA has already acquired a land parcel of 126 acres in Dholera. Tata Group Company is likely to seek incentives under the PLI scheme and may export cells from India.

Importance for India
The major driving factor propelling the growth of Li-ion battery manufacturing industry in India is the government’s plan to boost electric mobility. The Indian government has envisioned the conversion of two and three wheelers into 100% electric ones by 2030. Currently, India is dependent on other countries for sourcing EV batteries, which has resulted in the hiked price of EVs. The penetration of EVs in the Indian automotive sector is expected to bolster the need for indigenous manufacturing of Li-ion batteries, to make them economically viable.

Understanding the opportunities in India for Li-ion Batteries:

Lithium-ion battery market in India
India is preparing to transform 30% of automotive sales into e-mobility by 2030. To get there, it not only needs to create infrastructure but also prepare for the battery recycling problem from the very beginning stage. It will help to solve the e-waste problem and open new business opportunities in India.

Support for Localizing Li-ion market:
With a target of 50 GWh, NITI Aayog plan would support the establishment of anywhere between three to ten giga-factories of 20 GWh to 5 GWh capacity each in the country. The manufacturers would be given a grace period of five years from notification of the scheme to ensure adequate localization. While the first few years may see the high-scale import of cell components such as an electrode, electrolytes, and separators, higher value capture is expected in the years to follow.

There are multiple state governments in India ready to join the cause and offering capital subsidies to match those of the central government. Additionally, they are willing to deliver the infrastructural need for such giga-factories:

India gaining in terms of self-reliance
The pandemic has highlighted that over-reliance on foreign supply chains makes the economy vulnerable to global shocks. The Government has taken the first step to incentivise companies to manufacture in India. The Indian government recently raised tariffs on lithium-ion batteries, which are a vital component in electric vehicles. Because of this tariff hike, importing these batteries from China has become costlier. Hence, there is a powerful incentive for Indian manufacturers to develop these batteries in India.

Already, manufacturers in India are pouring more money into research and development to create lithium-ion batteries. Such companies have considerable expertise, and their efforts will bear fruit sooner rather than later. As a result, the cost of batteries used in electric vehicles will fall. Hence, during the next five years, the EV industry will have access to high-quality batteries that cost less than those used today. This will give an impetus to the domestic EV industry.

There are other reasons why the electric vehicle industry in India will grow much more significantly by 2025. One reason is that consumers recognise the value of EVs. The popularity of EVs is growing, and vendors are aware of this shift. Consider that in 2013 and 2014, it was challenging for EV manufacturers to find Vendors who could deliver products of the specifications needed. Today countless Vendors in India can partner with EV manufacturers. As a result, there are more robust supply chains in India today than ever before. Over the next few years, these supply chains will grow deeper and more sophisticated.

One of the biggest beneficiaries of these deep supply chains will be the consumer. By 2025, EVs will be cheaper and more reliable than they are now. India, which is already one of the biggest markets in the world for two-wheelers, will be one of the global leaders in the EV two-wheeler segment. It is estimated that by 2025, the size of the Indian EV industry will grow to approximately $600 million.

By 2025, on the back of deep domestic supply chains, and innovation, India will become a manufacturing hub for electric vehicles. Looking back from 2025, experts will see the Covid-19 pandemic as the catalyst that led to a shift in supply chains and government policies, which precipitated the rise of the EV industry.

In 2019, except Contemporary Amperex Technology (CATL), other companies in China struggled to increase their EV battery market share due to the tight competition in the market. China’s revised New Energy Vehicle policy also impacted the operations of local players. Nevertheless, the market conditions in China were good enough to secure a lead in the global EV battery market in 2019.

The global EV battery market is expected to reach 384GWh by 2025. Hence, there is a huge opportunity for India to build its state of art battery technology.

India plans to impose tariffs on imports of lithium-ion cell for as long as a decade and alongside offer incentives to boost local manufacturing as part of a broader effort to scale down trade ties with China.

The government plans to offer incentives such as 100% tax deduction of capital expenditure in the first year of operation under Section 35 AD, concessional financing options by giving companies deemed infrastructure status and waiver of minimum alternative tax.

India will soon be able to manufacture lithium-ion batteries and will not be dependent on China for importing the key component used in electric vehicles as the government accords “top priority” to pushing e-mobility.

The government recently announced incentives worth ₹3 trillion to encourage companies in 10 sectors to boost local manufacturing and increase exports. The automotive sector will receive subsidies worth ₹57,000 crore – the biggest chunk–as part of the scheme.

In order to reduce the dependency on imports of battery components, India needs to achieve a similar level of performance at the battery pack level, apart from just manufacture the battery cells. Start-ups are assisting in India’s path towards ‘Atma Nirbharta’ reducing dependency on China.

Here are the companies who are supporting Atmanirbhar Bharat concept other than Tata Chemicals Ltd:

Exide Batteries: Exide is speeding up your passion. The new Exide Li-Ion Motorbike and Sport battery range is made for those who demand the ultimate riding experience. The battery’s ultra-lightweight design reduces the overall weight of your bike, enabling faster acceleration and better performance. It has very low self-discharge, ideal for starting your engine after long periods off the road. Exide Li-Ion can be installed in multiple positions and comes with first-class safety features.

Amara Raja: Amara Raja is closely watching trends and emerging business opportunities in the arena of electric mobility and has taken concrete steps towards enhancing its R&D capabilities, to develop battery packs for electric mobility and EV charging stations. The lithium-ion battery packs, EV battery charging and swapping stations are designed and developed in the state-of-the-art R&D facilities of Amara Raja.

Aqueouss: Aqueouss is one of the leading manufacturers and exporters of a wide array of best quality Li-Ion Battery and Life P04 Battery. Currently providing customised Lithium Battery pack solution in the market. They have been providing Lithium-ion and LiFePo4 Battery packs in the market for E-Vehicles, Solar Energy, Consumer Electronics and Railway and Defence Equipment. They are also working on developing some parts which are integral for the functioning of lithium batteries in-house in India to reduce our dependency on China.

Inverted Energy: With the ambition of making India energy efficient a group of IIT engineers founded Inverted Energy in 2017. In just three years this ambition became India’s second largest Lithium battery companies. The company has a team of engineers, scientists and energy researchers dedicated to disrupting the energy storage sector. Inverted Energy recently announced the opening of its lithium battery manufacturing facility. The company has extended its journey towards Atmanirbhar Bharat and to create a flexible, cost-effective and optimised market space aiming to reduce dependency on China.

Lohum Cleantech Private Limited: Lohum Cleantech Private Limited is a leading manufacturer of a wide range of Lithium-ion batteries, power banks, Lithium-Ion cells and Lithium-Ion battery charger. Located in Noida, the firm designs and manufactures Lithium-ion batteries, re-manufacture and re-purpose used battery packs and recycles geostrategic battery materials such as Lithium, Cobalt and Graphite. Their goal is to create technology that makes battery power sources cheaper and last longer in every part of the globe.