LoRa versus 5G- The wireless Niche of Connectivity 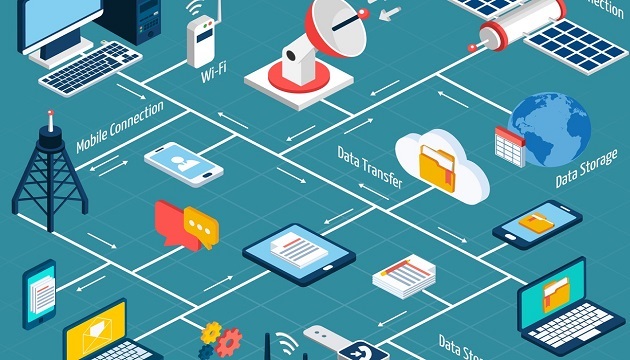 Life today cannot be imagined without advanced wireless technology and internet, as its achievements have set so many changes since the last once decade. Every nook and corner of the earth is connected and stretching up to miles. With Advanced wireless technology, being the fastest and best form that we could have ever asked for, the world today is completely dependent on it and the question of success, failure and existence is completely affected by this technology.

In India, the world of wireless technology is flourishing day by day and its pace has increased a lot in the last six years with internet and connectivity being made easily accessible in the country. With these revolutionary innovations, people are now in constant need of changes and reforms in this field. Evolutions from 2G to 3G and to 4G and 4G VOLTE have equally benefited as well as raised concerns on how and when a new technology would rise up?

5G and LoRa being the next step beyond 4G and LTE mobile networks, with faster speeds, more bandwidth, and a wider range than previous networks is a developing technology, with several major mobile network completely depending on it. The fifth generation network is currently under progress and some countries are already equipped with the same and has hit the market at the horizon 2020. Perhaps this is one reason why the talks around 5G has been so prominent. 5G and LoRa won’t just affect the way in which people would access content on mobile phones, but will also change the way people connect from home to a large area of globe.

The Need for 5G and LoRa.

5G is not just an evolutionary upgrade of the previous generation of cellular, but it is a revolutionary technology envisioned that will eliminate the bounds of access, bandwidth, performance, and latency limitations on connectivity worldwide. 5G Technology working with areas of automation such as AI(Artificial Intelligence) and IOT(Internet of things)  has the potential to enable fundamentally new applications, industries, and business models and dramatically improve quality of life around the world via unprecedented use.

The notable impact of 5G on various applications, industry trends, and technology requirements are depicted within the following areas:

LoRa wireless technology is ideally placed to be used in a wide variety of applications:

LoRa or 5G- Who hits the market?

With these advancements, it is clear that fight between 5G and LoRa on who hits the market more precisely depends on the popularity and interference among each other. It is also possible that both act as a support system to each other in so many fields in the industry and co-exist together to save the Industry of things (IOT).

5G offers a significant advancement over 4G technology to help organize the capabilities, LoRa WAN  emerged half a decade ahead of 5G ecosystem and has the greatest variety and quantity of sensors and end to end solutions available today, with deployments in more than 140 countries worldwide.

LoRa WAN has been massively adopted as a ‘LPWAN standard by design’ – battery consumption efficient, cost efficient roll out enabling diverse business models like hybrid private-public networks. The fact is that the 5G new radio (5G NR) priorities to date has focused on broadband services and critical communications and broadband services.

It turns out that the current 4G LTE IoT technologies Narrowband-IoT (NB-IoT) and LTE-M are also the LPWAN IoT technologies of the 5G ecosystem for some years to come, and will continue to be complementary to LoRa WAN as they are today.

Influence on Indian Telecom operators and the application of NB-IoT

The year 2019 witnessed that the private telecom operators are preparing to give a push to Internet of Things business through narrowband IoT (NB-IoT) technology, whereas some other players are also making efforts to build a parallel network to drive India’s IoT ecosystem.

Telecom operators have already deployed its Lora WAN network in 45 cities of India and is now covering over 215 million people. These companies have plans of expanding presence to 70-80 cities in the near future. Some operators like Reliance Jio, Vodafone Idea, and Bharti Airtel worked on NB-IoT to push their respective enterprise businesses, especially around Internet of Things (IoT).

Vodafone Idea is the only operator that has launched commercial proofs of concept for NB-IoT-based services in Kochi, Jaipur, Bengaluru and Chennai for various use cases, including smart energy metering whereas, Reliance Jio Infocomm launched an NB-IoT network with a commercial network available in Mumbai in partnership with its 4G gear partner, Samsung. Jio is preparing to foray into enterprise services and may expand its IoT services accordingly. Analysts believe that NB-IoT in India specifically lacks in ecosystem for devices. In order to address the challenge, telcos are taking partner-led approach to build a complete ecosystem around their NB-IoT networks.

The Industry experts have predicted that the data transfer rate through the wireless medium is much lower than the wired network. The wireless connection is also fragile, which necessitates that the whole transmission process be repeated whenever the connection drops during file transfer session. The LoRa and 5G application will connect to legacy high-speed fibre networks that would ultimately power the internet backbone.

Regardless, as these top future technologies take shape, it is evident that the technology is much more than just enabling faster connections for smartphones. LoRa WAN  and 5G quite literally has the potential to transform not only internet broadband service, but it will also enable new applications and use cases, from connected smart devices in the IoT, to autonomous vehicles, smart cities and connected factories etc. The list is expected to go on in the near future.

5G and LoRa WAN technologies will reshape residential and commercial broadband internet services. Especially in under-served areas that have issues with last mile connectivity and legacy cable/fibre internet operators, these technologies will enable wireless gigabit and multi-gigabit internet services in home and offices, without the need for Wifi. 5G and LoRa will enable new levels of competition between carriers and ISPs, as well as new services with much lower latency, high speed connections for cloud computing, gaming and more applications in the digital world.