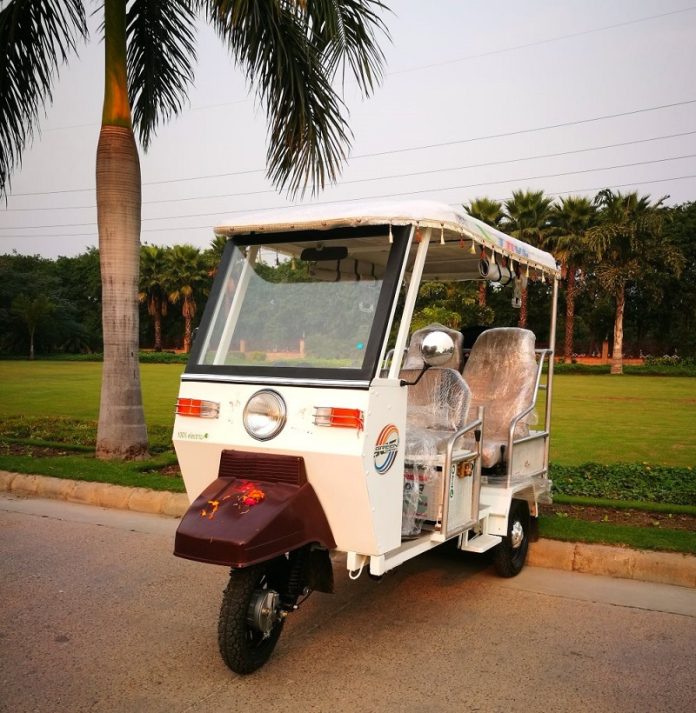 Electric vehicles is a subject of deep research over the last few decades. In the past few, years electric vehicles have already become a reality rather than a subject of research. The complete world is gearing up to migrate from conventional combustion engine-based vehicles to electric-powered vehicles. In recent times, the automotive industry has launched a variety of electric vehicles in the market and there is extensive research going on to make them more convenient for users and more efficient in terms of distance travelled per full charge.

The work on electric vehicles started in the 18th century. In 1837, Robert Anderson of Scotland built the first electric car which ran on non-rechargeable batteries, but it took many more decades for an electric car to be manufactured and sold as a product. One major reason for the acceptance and increase in presence of electric vehicles in today’s automobile world is the catastrophic damage done to the environment by millions of combustion engines running on the road.

In the Indian sub-continent, the Electric rickshaw or E-Rickshaw is one such segment of the electric vehicles market that has evolved much faster than electric 2-wheelers or 4-wheelers. E-Rickshaws have gained popularity in many cities in India since the year 2009 and have presented themselves as an affordable and clean mode of mobility that had the immense potential of bridging the gap between first and last-mile connectivity. Moreover, because of their incredibly low running cost compared to auto-rickshaws, and lesser manual effort compared to man-pulled-rickshaws, they are widely accepted as an alternative to petrol, diesel or CNG-based three-wheeler vehicles.

An electric rickshaw (Figure:1) is basically a three-wheeler, 4+1-seater vehicle, driven by an electric motor ranging from 450 watts to -1250 watts. The electric power to run these motors is drawn from an array of batteries (usually four or six 12V lead-acid batteries) which construct a collective voltage of 48V or 60V. A micro-controller-based smart electronic controller serves as the heart of the system. This controller acts as the electrical drive of the motor and takes electronic inputs from various sources such as – throttle, brakes, temperature-sensor, current-sensor, battery voltage-sensor, motor’s speed/position sensors (hall-sensor) and manages to drive the motor and thus the vehicle accordingly (Figure 2). The controller has built-in protection mechanisms which are triggered in case of catastrophic situations.

The motor used for this application is a three-phase Brushless DC (BLDC) motor with integrated Hall effect sensors that provide speed and rotor electrical-position feedback to synchronize stator armature excitation with the rotor. The construction of this motor is similar to that of a three-phase induction motor as well as a conventional DC motor. This motor has stator and rotor parts like all other motors. The stator of a BLDC motor carries the windings placed in slots which are axially cut along the inner periphery and the windings are arranged in (usually) star or delta connection. BLDC motor includes permanent magnets (usually rare earth alloy magnets) in the rotor to have strong permanent magnetic flux.

Since the commutation of the BLDC motor is controlled electronically, the stator windings should be energized in sequence in order to rotate the motor. Before energizing a particular stator winding, rotor position feedback is necessary. So, the Hall Effect sensor embedded in the stator senses the rotor position. Usually, there are three hall sensors embedded into the stator of the BLDC motor. Each sensor generates Low and High signals whenever the rotor poles pass near it. The exact commutation sequence to the stator winding is determined based on the combination of these three sensors’ electrical states.

The throttle position is detected using a circuit based on a hall-effect sensor, that generates a voltage in the range of 0.1V to 4.5V (approximately). This voltage is read by the microcontroller on board using an Analog Digital Converter (ADC). The motor commutation algorithm adjusts the pulse width modulation (PWM) pattern to achieve a pre-mapped amount of torque against the throttle position.

The rear wheels of an e-rickshaw are mechanically coupled with the Shaft of the Motor via a mechanical coupler called the Differential. The purpose of the differential is to distribute the power received from the motor into the two rear wheels. Hence, the rear wheels start rotating in synchronization with the motor shaft (Figure 3).

STMicroelectronics has come up with a 1 kW BLDC traction controller www.st.com/en/evaluation-tools which is a reference design for battery-powered light electric vehicles. Figure 4 shows the picture of the electric controller board. A customized aluminium heat-sink will be used in the production version of the board and this heat-sink would be attached to an aluminium casing which itself acts as a heat dissipater.

The inverter stage is based on full bridge 3-phase topology and uses N-channel Power MOSFETs featuring STripFET F6 trench gate technology, driven by smart L6491 gate driver ICs (integrated circuits) with embedded comparators ensuring per-cycle overcurrent protection in real-time. The motor control logic is based on a six-step commutation in voltage mode, with Hall Sensor feedback for rotor position detection. A VIPER115LS-based auxiliary buck power supply having 12V output is on board. This supply provides operating voltage to MOSFETS driver circuit and acts as input to L7805 based low drop 5V linear regulator providing auxiliary power to the microcontroller, Hall-sensor circuit, and communication peripherals (UART and I2C) present on board for fault diagnosis.

An 8-bit, 16MHz microcontroller unit (STM8S105C6) with 32Kbytes of Flash acts as the heart of this design. The STM8-based microcontroller electronically synchronizes the commutation of the BLDC motor with the rotor-speed/position feedback received from the hall sensor circuit embedded into the motor (Figure 5). The software can also detect various faults: under-voltage, over-voltage, over-current, over-temperature, and fault in the hall-sensor signal. User-defined faults can also be configured. The controller board can be interfaced with an external digital system via I²C or UART communication protocols for enhanced access and control such as LCD display (in case of a fault-detection-device) and monitoring key electrical parameters like current, voltage, motor speed (Data-logger).

The cost-efficient E-rickshaws could be boon for the poor people who cannot afford to own an auto-rickshaw to run their livelihood. The E-Rickshaws are really building up a dependable and environment-friendly last-mile-transport ecosystem. This is contingent on a well-distributed charging infrastructure network that reduces dead kilometres, and innovative systems like battery swapping mechanisms which could cut down the time spent on battery charging.