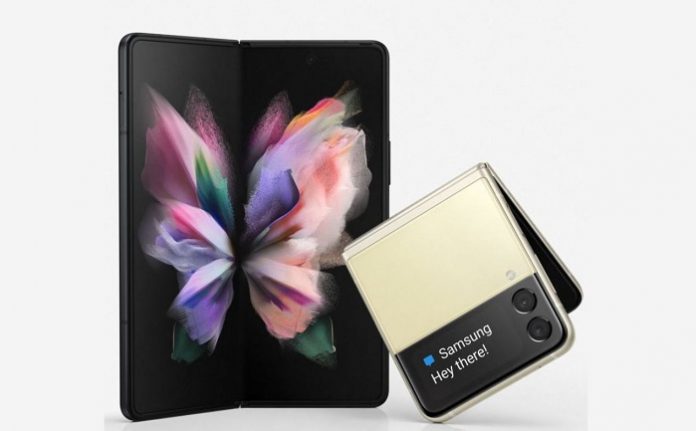 Samsung’s two newest foldable smartphones are out now, and the dynamic duo couldn’t be more different. Both are lookers. The Samsung Galaxy Z Fold3 5G ($1,799.99) opens up to reveal a vibrant 7.6-inch display; you can use its 6.2-inch external screen when the device is folded shut. When opened, the Galaxy Z Flip3 5G ($999.99) has a 6.7-inch display, but can close to the size of a makeup compact.

But the Galaxy Z Fold3 5G is like a rock star, sure to command a room when it enters. The smaller Z Flip3 5G is more like a good friend who can make any situation better, especially if you like to express yourself.

New devices have the look

The Z Fold3 5G is heavier than a typical smartphone at just over half a pound, and the hinge feels sturdy as you open and close it. (Samsung loaned us the new folding devices to put through the paces.) Durability is key, as you may remember Samsung’s initial Galaxy Fold required a six-month delay due to broken screens and other damage issues before hitting the market two years ago.

Apps and photos come alive on the zippy, bright QXGA+ Dynamic AMOLED 120 Hz screen. And there’s cameras aplenty on the Z Fold3 5G: five in all, including an underdisplay camera and a rear triple camera with 12 megapixel ultra-wide, wide-angle and telephoto lenses. But if cameras are your passion, I’d recommend the Galaxy S21 Ultra 5G.

The also-sturdy Z Flip3 5G weighs only 0.4 pounds and has jazzy displays, too—a 1.9-inch screen on the cover displays the time and alerts and lets you run some apps, as well as shoot photos. Two additional rear cameras let you snap wide and ultra wide photos.

What do the new Samsung smartphones really cost?

Folding phones have always been pricier than traditional ones. But these latest Samsung devices are more tolerable than previous models such as the Galaxy Z Fold and Fold2 5G, which carried $1,999 price tags. The Galaxy Flip 5G, released a year ago, was priced at $1,449 before Samsung reduced the price of it and the Fold2 5G.

But the current going prices are still high, you might say. True, but if you look on Samsung.com and on the sites of major cellular carriers, you can get the Z Fold3 5G for as low as $800 or $900 with a trade-in device. It’s probably no coincidence those prices compare to that of popular iPhone models.

AT&T, T-Mobile and Verizon are offering up to $1,000 off the price of either new device. And the Z Flip3 5G can be found for $500 or lower. AT&T and T-Mobile, for instance, will give you a free one with eligible trade-in, installment and service plans.

What can the folding Galaxy devices do?

The Galaxy Z Fold3 5G is sexy and will capture every eye in the room when you show up with it at the next meeting—provided you have in-office gatherings. Either way, the device can also up your multitasking game at home or on the go.

You can be scrolling email or Twitter with the device closed, then flip it open and the app will expand onto the big screen—when you open the Z Fold3 5G it’s the size of a small tablet. (This ability to start an app on the small screen and move smoothly to the larger open display works with many other apps, too.)

This flexibility allows you to do things your way. Back to email: When you move to the full screen, it’s easier to type an answer. You can also customize the keyboard to whatever size you choose, too. And you can set up the Z Fold3 so you can see the inbox and read an email in its entirety on the full display, just as you do on a desktop computer.

With the Z Fold3 fully open, you can have three apps open simultaneously—a great feature for social media mavens and news junkies who want to monitor multiple sources.

The Z Fold3 5G’s folding capability can be used for multitasking, too. Fold it in so half the device is sitting on a desk or table, and you can participate in a videoconference and take notes with an S Pen. In Microsoft Teams, you can share a virtual whiteboard with other attendees, too.

And when productivity or connectivity isn’t the goal, the Z Fold3 5G makes a nice screen for streaming videos, based on my experience watching “Springsteen on Broadway” on the Netflix app. It also is a great canvas for playing games, as I found when I spent some time with League of Legends: Wild Rift.

As for the device’s smaller cousin, Samsung designed the Z Flip3 5G for influencers and social media devotees. If you need to snap a quick selfie or video, you don’t even have to open the snazzy device. Double-press the side button and swipe to choose what you want to do and you’re set.

Want to set up a video or selfie profile shot? You can open up the Z Flip3 5G, sit on a flat surface, set up your shot and you are rolling.

Like the Z Fold3 5G, the Z Flip3 5G has Dolby Atmos speakers that deliver peppy stereo, but connect your Bluetooth headphones for surround sound. The Z Fold3 5G comes with 256 gigabytes or 512GB of storage; the Z Flip3 5G 128GB or 256GB.

Can a new Samsung Galaxy Z smartphone change your life?

Of course, there’s no guarantees, but if you are a multitasker or influencer, these devices were designed to enhance your lifestyle.

Other reviewers agree that Samsung is improving on making foldable phones a gotta-have gadget. Despite the drawbacks—pricey, chunky, quick battery drain—of the Z Fold3 5G, CNBC technology product editor Todd Haselton said, “I was unimpressed with the first two models, but after testing this one for two weeks, I kind of love it.”

For Julian Chokkattu, reviews editor at Wired, the new Galaxy Z devices have “hit a level of maturity that makes them the first folding phones I feel comfortable recommending to, well, just about anyone who can stomach their prices.”

Evidently, consumers agree as Samsung says pre-orders for the two devices have already surpassed worldwide sales of foldable devices for the year.