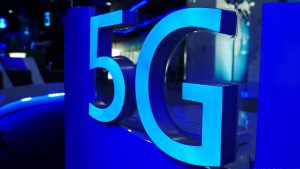 LTE (long term evolution) advanced is a mobile communication standard and a key enhancement in long term evolution. Current LTE technology offers internet speed of up to 150Mbps (mega-bytes per second), whereas LTE advanced is capable of offering internet speed of 300 Mbps. 5G is a 5th generation wireless system which denotes the advanced phase of mobile telecommunication standards, ahead of the current IMT (international mobile telecommunications) advanced or 4G standards. 5G can offer internet speed between 10 Gbps (giga-bytes per second) to 100 Gbps. In addition, 5G provides ultra low latency range between 1ms and 10ms, while 4G technology can offer low latency range between 40ms and 60ms. With ultra low latency range end-users can watch live stream of sports matches over internet. Rising demand for high internet speed to get real time response is one of the major factors driving the development of latest technologies such as LTE advanced and 5G.

Increasing demand for more advanced smart-phones, tablets and other mobile devices is expected to create demand for technologies that can provide high internet speed, which is, in turn, expected to drive the growth of LTE advanced and 5G market. Further, Japan is planning to showcase LTE advanced and 5G innovation throughout the Pyeongchang 2018 winter Olympics and Tokyo 2020 Summer Olympics which would add to the growth of this market over the forecast period. Other factors responsible for supporting to the market growth include enhanced internet coverage, increased adoption of mobile broadband and growing machine-to-machine communications in organizations.

Request for Sample Report and Table of content @:  http://www.persistencemarketresearch.com/toc/4707