Proper lighting is one of the factors that influence safety and comfort in the home, office and industrial spaces. Unfortunately, year by year, the price of electric energy increases, so all its users try to reduce costs and use the energy more effectively. One of the solutions is to replace inefficient sources of light (e.g. or halogen) with energy-efficient LED lamps. Other possibility is to invest in lighting control systems and integrate them with BMS (Building Management Systems) which enhance the level of automation and generate savings. Microrisc s.r.o, in cooperation with IQRF Tech s.r.o offers a product which brings added value to the process of creating effective wireless lighting control systems operating on the basis of the DALI standard. With an IQRF -DALI bridge you can achieve even greater savings with less work. 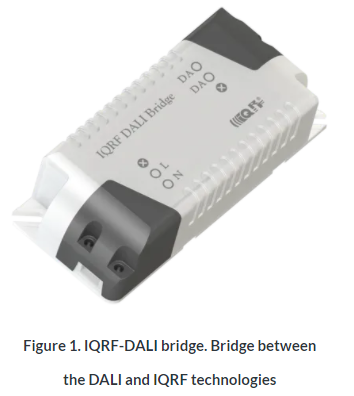 DALI (Digital Addressable Lighting Interface) is a protocol that enables communication between the luminaires and the central unit. The DALI standard was established in the late 1990s, as a digital successor to the 1-10V analogue system. It is a result of cooperation with top brands such as Philips, Helvar, Osram or Tridonic. The system has an open architecture, which means that adding new devices, like sensors, luminaires, lighting panels is not a problem. DALI central unit can control up to 64 devices within one line. Each of these devices can be assigned to 16 separate groups and 16 separate scenes. In addition to the basic commands such as on/off, dimming/brightening, it is also possible to obtain status information from the electrical ballast. 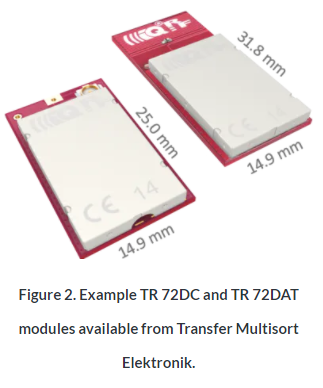 IQRF® is a wireless communication technology in Sub-GHz (433 / 868 / 916 MHz) radio band. It enables transmission of a small amount of data with minimal power consumption. Depending on the selected option, the power consumption is between 10 and 20mA in the standard mode or around 250uA in the low power mode. IQRF modules can operate in a POINT – POINT, STAR, PEER – PEER as well as MESH topologies. As many as 240 devices can operate in the MESH structure within a single network, ensuring secure and reliable operation, while maintaining high comfort of network operation. 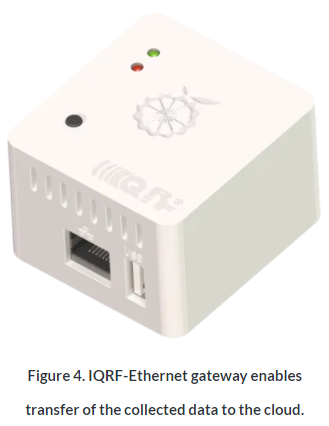 The main features of unique IQRF technologies include:

The IQRF technology ensures interoperability with all existing communication standards, such as LoRa, Wi-Fi, GSM, Bluetooth or Ethernet, at the gateway level.

IQRF-DALI bridge is a small device (88 mm x 38 mm x 22 mm) thanks to which DALI commands can be sent via IQRF wireless network directly to the luminaires. As a result, wires used to supply control commands between the controller and the luminaire are not necessary. It also allows to use the advantages of the DALI system in street lighting control. One more important aspect is worth emphasizing. On the topology side, the DALI standard is a linear or tree standard. This means that in the event of a cable breakage, connection to a large number of luminaires can be lost.

Figure 5. Block diagram of the IQRF-DALI bridge. Full documentation is available at www.iqrf.org and in the product tab in the TME catalogue.

The IQRF technology works wirelessly in the MESH topology, which is more reliable than the linear structure, due to the existence of the alternative connections between devices. Its reliability is additionally supported by redundant sending of data packets, which results directly from the specific character of the IQMESH protocol. The range of several dozen meters between the devices has been confirmed in practical applications. The manufacturer provides and shares sample control commands and presents the principle of operation on the example of an OSRAM controller. Built-in EEPROM memory with NFC support can be used to connect devices in a network with the use of portable devices such as a phone or tablet. The FRC protocol will ensure convenient and quick data collection from the existing network. The central unit in the DALI standard can connect up to 64 devices. IQRF technology can support up to 240 devices within the network. However, it is worth mentioning that working with smaller networks ensures their more efficient management.

IQRF DALI bridge is dedicated for system integrators, manufacturers from the lighting industry and suppliers of lighting control systems. The use of the bridge introduces new possible ways of using the functionalities of the popular DALI system, both in the existing infrastructure and in new investments. Its implementation does not require the use of control wires, so the modernization of existing facilities can be carried out without oppressive noises related to construction works and without affecting the appearance of the building. It is also an opportunity to use modern technologies in historic buildings. The use of IQRF-DALI bridge shortens the investment process as well. The time saved automatically translates into lower costs incurred by the investor. The noticeable increase in the prices of construction works and materials, as well as the forecast of further price increases in these areas, mean that in the near future the interest in wireless control systems will increase even more.