An Introduction to Inductors Used in NFC Circuits 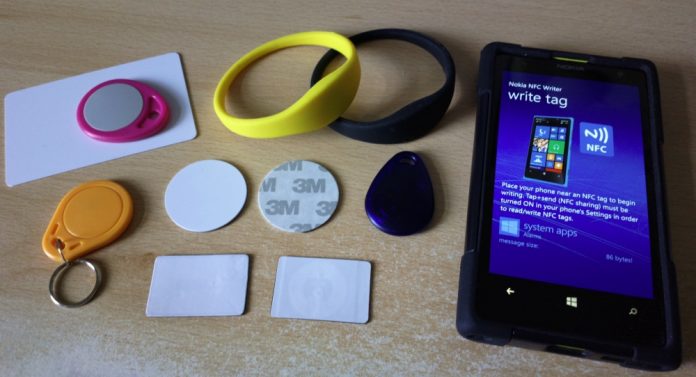 In recent years, the number of smart phone models equipped with NFC features has increased. The following is a brief introduction to NFC technology.

“NFC” stands for “Near Field Communication”, and it enables devices equipped with the feature to communicate over short distances when they are brought within several centimeters of each other. The data transfer speed of NFC is slower than other wireless communication standards such as Bluetooth and WiFi, so it is used to handle small data volumes. In practical applications, NFC is used for smart phone and wearable device payment services, WiFi settings, and Bluetooth pairing settings.

Inductors are required in the circuits that play a role in these kinds of NFC features. The following is an introduction to inductor products and the necessary characteristics of inductors used in NFC circuits.

As shown below, an NFC circuit is composed of an NFC IC, LC filter, matching circuit, and an antenna.

In addition, the inductor should be low-loss so that it does not consume more of the battery than is necessary when the loss occurs due to the circuit elements. Specifically, it is important that the inductor has a low ACR*1  at a frequency of 13.56 MHz, because this is the frequency of the AC current that flows through the NFC circuit.

3．NFC inductors: An introduction to the LQW and LQM series

The following is an introduction to the LQW18CN, LQW15CN, and LQM18JN series of inductors, which can be used in NFC circuits.

In some cases, the inductance value of an inductor changes based on the current value, but the inductance of the LQW18CN series has an extremely low dependence on the AC current, as shown in Figure 2. For this reason, there are no significant changes in the inductor characteristics due to the magnitude of the AC current flowing through the NFC circuit. This series is also able to maintain a low ACR even with a large current, as shown in Figure 3.

The LQW15CN series is a miniature version of the LQW18CN series. In addition, we also offer the LQM18JN series of magnetically shielded inductors.

NFC circuits are typically balanced circuits as shown in Figure 1, but NFCs are sometimes used in cases where they connect to unbalanced circuits. In such a case, a balun must be used between the matching circuit and the antenna to convert the balanced and unbalanced signals. We offer the DXW21BN series of balun products to use in such applications. The DXW21BN series can be used in both floating and transformer models, but in practice, the transformer type is often used in NFC circuits.

Figure 4  Circuit configuration when connecting to an unbalanced circuit

NFCs require components such as inductors for LC filters and baluns to convert signals from unbalanced circuits. Murata Manufacturing Co., Ltd. offers a full lineup of various components, including the LQW, LQM, and DXW21BN series of products, to meet these needs.