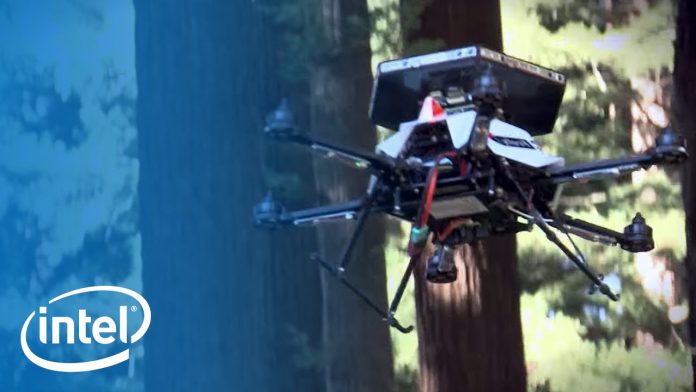 Intel announced its acquisition of Ascending Technologies which is a German company specialising in developing software that helps drones fly. Intel has been for some time trying to move beyond just PCs and delve into other areas and sectors and this latest acquisition is another step towards that goal.

Intel showed off the company’s technology at the annual Consumer Electronics Show in Las Vegas a year ago, demonstrating how it can be paired with an Intel 3D camera technology called RealSense. The companies said the combination can help drones fly more safely by enabling them to spot obstacles.

The companies didn’t report the terms of their deal, but Intel said it will offer jobs to all 75 Ascending Technologies employees.

Though Intel doesn’t make any consumer technology itself, the company desperately wants to appeal to innovative companies developing the next generation of gadgets in hopes those entrepreneurs will use Intel chips to run their new devices.

PC and laptops account for more than 60 percent of Intel’s sales, but the market may be in permanent decline as consumers and businesses replace their old machines less frequently, and as they move to new classes of mobile technology.

For the foreseeable future, any meaningful growth in Intel’s business will likely come from its hugely profitable data center group. But Krzanich has his eye on the long term, hoping Intel won’t miss the next wave of mobile technology the way it missed out on the market for smartphones and tablets.

Intel shares fell 2.2 percent in early trading Monday to $33.68, sliding amid a broad decline in global markets. The stock remains near its highest point since the dot-com era.