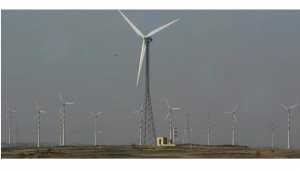 India’s latest bidding for 2,000 MW wind energy capacity has been undersubscribed by 800 MW, and there is a chance that the tender may be scrapped as lack of transmission infrastructure continues to bother clean energy players.

Four renewable energy developers, Renew Power, Adani Green Energy, Sprng Energy and Alfanar Energy, submitted technical bids for 300 MW capacity each, making up for 1,200 MW of the total capacity floated by Solar Energy Corporation of India (SECI). Industry watchers said the lacklustre response is not due to lack of interest in the wind sector, but there are concerns over whether there is enough infrastructure available to evacuate the power generated through these projects.

A senior official said the government is trying to address the concerns of developers and will take a decision soon.

“Within a couple of days, a call will be taken on whether we want to defer the bid or cancel it entirely, I wouldn’t rule out that possibility,” the official said on condition of anonymity. “We will try and keep the interest in the bid alive.” The tender will be floated afresh if the bid is cancelled, the official said. SECI had tendered the interstate transmission (ISTS)-connected 2,000 MW capacity under Tranche-V in May”, he added.

The managing director at renewable energy consultancy Bridge to India, Vinay Rustagi said, the dampened interest in SECI bid was inevitable as developers continue to invest in projects without a visibility on the transmission side.

Expansion in financial results of HPL Electric and Power Ltd