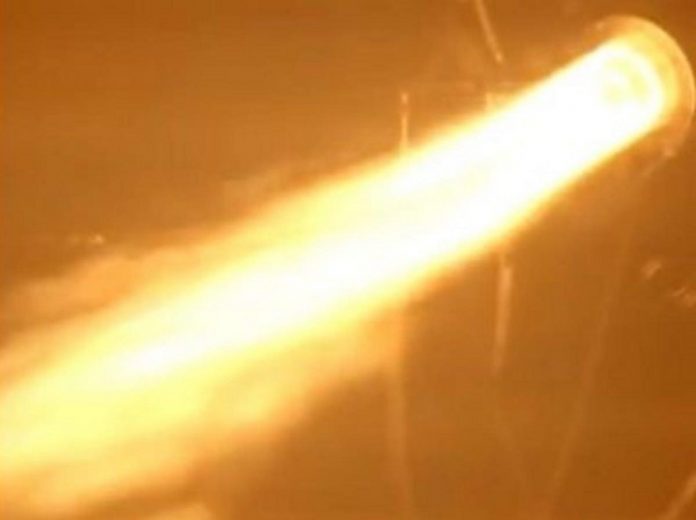 Rocket engines are tough to build, and they’re even tougher to 3D print because all the details have to be ‘just right’ for the rocket to work successfully. But, an Indian space startup based out of Chennai has pulled off this mammothian task.

Normally, rocket engines have 100s of different parts that have to be built individually. This includes things like injectors which inject fuel into the engine, cooling channels that ensure the engine doesn’t overheat and the igniter which actually kindles propellants to push the rocket off the ground.

Agnilet, on the other hand, is a three-in-one solution. It takes all three of these modules and puts them into a single piece of hardware. There is no complex assembly and the turnaround time for the entire setup is less than four days.

The rocket engine is capable of carrying up to 100 kilos to low earth orbit (LEO), which is around 700 kilometers above the Earth’s surface. That’s only a fraction of what the Polar Satellite Launch Vehicle (PSLV) is capable of and possibly only enough to carry a single satellite at most.

Agnikul may be the first to be successful, but it’s not alone
Agnikul was the first Indian space startup to enter into a non-disclosure agreement (NDA) with the Department of Space (DoS) under the newly established Indian National Space Promotion and Authorisation Centre (IN-SPACe).

Dhawan-I will be used to power the Vikram-II rocket, which Skyroot is also building from scratch.

The startup entered an NDA with the DoS earlier this month on February 2. They will be able to use ISRO’s test and launch facilities to test their Vikram-I rocket and eventually Dhawan-I as well.

The global space industry is expected to generate $1.1 trillion or more by 2040, according to Morgan Stanley — more than triple its current value of $350 billion. And, new space engine technology like 3D printed rocket engines are expected to play a big role in this explosion of value.

But even international players like Elon Musk’s SpaceX, the National Aeronautics and Space Administration (NASA), Ursa Major and Jeff Bezos’ Blue Origin are only 3D printing components for rocket engines. This means that putting together these engines and making sure they work is still a fairly complicated task.

The only US-based startup close to producing a fully 3D printed rocket engine is Firehawk Aerospace, and they only just raised the $2 million needed to start on their project.