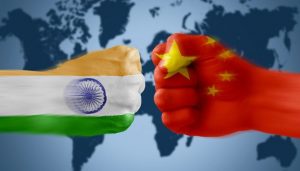 India wants Chinese companies to invest more in the electronics sector, taking advantage of the phased manufacturing programme introduced by the government.

Ajay Sawhney, secretary, Ministry of Electronics and information technology (MEITY), made the suggestion at a business seminar in Shenzhen.

Addressing the seminar aimed at boosting Chinese investments in India, Sawhney made a strong push for Chinese ecosystem of electronics moving to India.

Representatives of more than 350 Chinese companies attended the event last week, which highlighted the complementarity between Indian and Chinese companies. Their specific queries on the taxation structure in India and the incentives offered to Chinese investors, especially in the electronics sector, were answered.

On Saturday, India, and China also signed 101 trade agreements valued at about $2.37 billion as Beijing stepped up efforts to smooth relations with India.

The agreements involve sectors such as black tea, castor oil, peppermint oil and coco fiber, which are areas where India has an advantage.

The agreements were signed during the visit of a trade group to India organised by China’s Ministry of Commerce (MOFCOM).

The group had more than 30 representatives from Chinese industries including textiles, agriculture, commercial trading, and pharmaceuticals.

Bai Ming, deputy director of the International Market Research Institute under the MOFCOM, told the Global Times that China always wanted to maintain healthy economic and trade relations with India.

“Concerning the two countries’ industrial structure, the trade gap is not that easy to solve, but we can alleviate the situation,” Bai said.

Wang Chao, a veteran of Sino-India business cooperation, said that in the Internet sector, an area where both countries have ample experience, investments from Chinese companies in India have “moved up” in recent years regardless of last year’s political friction.