Implantable electronics could be enabled by electricity conducted from Eumelanin 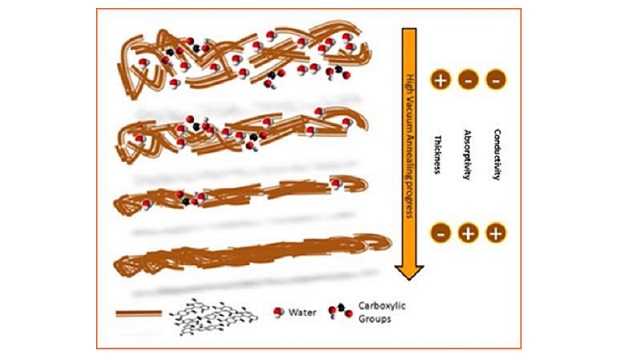 Multi-discipline researchers from Italy have discovered Conductivity from Eumelanin, a dark pigment, from which we get our eye, hair and skin color. The researchers figured out about boosting up enough conductivity, which can be usable for medical implants and other devices that are not rejected by the human bodies.

“This is the first stepping stone of a long process that now can start,” said chemist and lead author Alessandro Pezzella.

Turning up heat on eumelanin

Previously, the researchers, with the help of heating in a vaccum, tried to achieve the best of the conductivity. They also tried to tighten up the eumelanin by getting rid of its water and vapour molecules. But, in the eumelenin’s case, even the water could not remain conductive. Then, the annealing process was employed to boost the conductivity.

Clumps of eumelanin were sealed in a high vacuum and heated to 600° C. Says Tassini, “We heated these eumelanin films, no thicker than a bacterium, under vacuum conditions, from 30 min up to 6 hours. We call the resulting material ‘High Vacuum Annealed Eumelanin,’ or ‘HVAE.'”

“Eumelanin’s clumps were sealed in a high vaccum and heated to 600° C”, said Paolo Tassini, co-author and electrical engineer “We heated these eumelanin films, no thicker than a bacterium, under vacuum conditions, from 30 min up to 6 hours. We call the resulting material ‘High Vacuum Annealed Eumelanin,’ or ‘HVAE.” “The HVAE films were now dark brown and about as thick as a virus,” he added.

Next Task for Eumelanin

The process Pezzella’s team came up with is simple enough that it will be easy to boost eumelanin’s conductivity going forward, but that’s just a beginning. He hopes to architect a simple-to-handle version of HVAE, perhaps a sheet of it, that will allow others to begin experimenting with using it as a coating for implantable technology. “Further research is needed to fully understand the ionic vs. electronic contributions in eumelanin conductivity,” said Pezzella, “which could be key to how eumelanin is used practically in implantable electronics.”