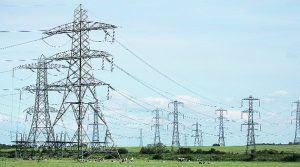 Indian Electrical and Electronics Manufacturers’ Association (IEEMA) has created a North East Cell as a nodal point to monitor the supply of equipment and material to various Discoms in the region. IEEMA has included its senior officers at Guwahati, Kolkata and New Delhi to effectively facilitate the North East Cell. The aim of the cell is to facilitate 100% household electrification on the fast track in the states of Arunachal Pradesh, Assam, Manipur, Meghalaya, Mizoram, Nagaland, Tripura, and Sikkim.

The North Eastern part of India comprising of seven sister states and one brother state of Sikkim has one of the highest numbers of power projects in the country. Despite of abundant power, this region has the highest number of un-electrified villages. Thus in order to fast-track electrification work in that area and to realise PM’s dream of ‘24X7 electricity for all’, IEEMA in close coordination with REC will monitor the supply of electrical equipment to various NE Discoms.

This was proposed during the joint workshop organized by Rural Electrification Corporation (REC) and IEEMA in Kolkata this week, on the material requirement for the North Eastern States for 100% Household Electrification under Gram Swaraj Abhiyan and Saubhagya Scheme. Dr. Ajay Verma, Joint Secretary, Ministry of Power welcomed the idea of formation of a Cell at Eastern Region level to monitor and ensure timely supply of material to various NE Discoms and coordinate any related enquiries.

IEEMA President, Mr Shreegopal Kabra said, “Development of the Northeast is the priority of the Government of India. The Government has been making substantial investments under the “Power for All” initiative and MoPNG‟s Hydrocarbon Vision 2030 for NE India. The need of the hour is that the Industry and Government should work together to realize the potential of Rs.30,000 Crore of Investments being made by the Government of India in Transmission and Rs.7,000 Crore in Distribution. Production planning and delivery for such an outlay for North Eastern States will be key to success”.

Mr. Harish Agarwal, Vice President – IEEMA, opined, “The Government of India, through Ministry of Power, has embarked upon an ambitious program Under Gram Swaraj Abhiyan for 100% household electrification in 88 electrified districts of 8 North Eastern states.  Tentatively 29 lakh un-electrified household are targeted for electrification in the region by 31.12.2018 under Saubhagya Scheme out of which about 4 lakhs are targeted for electrification under GSA immediately.  The scarcity of materials and manpower was highlighted in various review meetings leading to the initiative by IEEMA to create a cell to address such concerns of Discoms in these states. This household electrification program will generate significant requirement for Distribution Transformers, Substation Equipment, Conductors, AB Cables, Service Cables, Meters, Transmission Hardware Accessories, and BPL Kits.”

IEEMA Director General, Mr Sunil Misra articulated, “The North East Cell in IEEMA will address any concern of various Discoms with respect to availability of materials. The Cell will also coordinate between various stake holders and address any concern related to supply of materials, paving the way for complete electrification of the region on priority.”

A six-month course on Artificial Intelligence and Machine Learning to be...