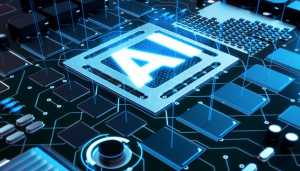 IBM pledged earlier this year to donate an $11.6 million computer cluster to MIT modelled after the architecture of Summit, the supercomputer it built at Oak Ridge National Laboratory for the U.S. Department of Energy. The donated cluster is expected to come online this fall when the MIT Stephen A. Schwarzman College of Computing opens its doors, allowing researchers to run more elaborate AI models to tackle a range of problems, from developing a better hearing aid to designing a longer-lived lithium-ion battery.

“We’re excited to see a range of AI projects at MIT get a computing boost, and we can’t wait to see what magic awaits,” says John E. Kelly III, executive vice president of IBM, who announced the gift in February at MIT’s launch celebration of the MIT Schwarzman College of Computing.

IBM has named the cluster Satori, a Zen Buddhism term for “sudden enlightenment.” Physically the size of a shipping container, Satori is intellectually closer to a Ferrari, capable of zipping through 2 quadrillion calculations per second. That’s the equivalent of each person on Earth performing more than 10 million multiplication problems each second for an entire year, making Satori nimble enough to join the middle ranks of the world’s 500 fastest computers.

Rapid progress in AI has fueled a relentless demand for computing power to train more elaborate models on ever-larger data sets. At the same time, federal funding for academic computing facilities has been on a three-decade decline. Christopher Hill, director of MIT’s Research Computing Project, puts the current demand at MIT at five times what the Institute can offer.

“IBM’s gift couldn’t come at a better time,” says Maria Zuber, a geophysics professor and MIT’s vice president of research. “The opening of the new college will only increase demand for computing power. Satori will go a long way in helping to ease the crunch.”

The computing gap was immediately apparent to John Cohn, chief scientist at the MIT-IBM Watson AI Lab, when the lab opened last year. “The cloud alone wasn’t giving us all that we needed for challenging AI training tasks,” he says. “The expense and long run times made us ask, could we bring more compute power here, to MIT?”

It’s a mission Satori was built to fill, with IBM Power9 processors, a fast internal network, a large memory, and 256 graphics processing units (GPUs). Designed to rapidly process video-game images, graphics processors have become the workhorse for modern AI applications. Satori, like Summit, has been configured to wring as much power from each GPU as possible.

IBM’s gift follows a history of collaborations with MIT that have paved the way for computing breakthroughs. In 1956, IBM helped launch the MIT Computation Center with the donation of an IBM 704, the first mass-produced computer to handle complex math. Nearly three decades later, IBM helped fund Project Athena, an initiative that brought networked computing to campus. Together, these initiatives spawned time-share operating systems, foundation programming languages, instant messaging, and the network-security protocol, Kerberos, among other technologies.

More recently, IBM agreed to invest $240 million over 10 years to establish the MIT-IBM Watson AI Lab, a founding sponsor of MIT’s Quest for Intelligence. In addition to filling the computing gap at MIT, Satori will be configured to allow researchers to exchange data with all major commercial cloud providers, as well as prepare their code to run on IBM’s Summit supercomputer.

“We’re currently building computer systems to model one sensory system but we’d like to be able to build models that can see, hear and touch,” he says. “That requires a much bigger scale.”

Josh McDermott, an associate professor at MIT’s Department of Brain and Cognitive Sciences, is currently using Summit to develop a better hearing aid, but before he and his students could run their models, they spent countless hours getting the code ready. In the future, Satori will expedite the process, he says, and in the longer term, make more ambitious projects possible.

Government likely to reduce GST to 5 percent on Hybrid Vehicles...