How the Next Generation of Technology will Shape the Gaming Industry 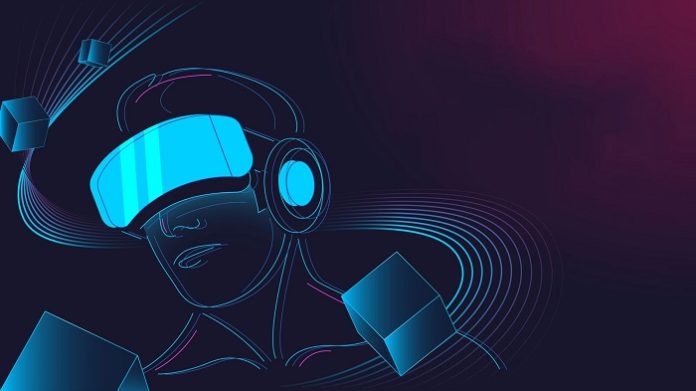 Gaming has been relevant as a recreational activity for a very long time now, some players even take it to another level and make successful careers out of it. This tendency to lean towards gaming as a form of entertainment, or make it a full-time career, has only intensified as individuals seek new methods to socialize and stay occupied during the pandemic. In recent years, technology has perfected online gaming to the point where many games have blurred the barriers between reality and fantasy. Games are increasingly utilized not simply to entertain the public, but also to educate people in a variety of professions. With greater visual stimulus, and creativity as technology advances, the excitement, and attractiveness of playing games will only continue to grow.

The rise in Gaming and Expansion of the Gaming Community

Gaming has been popular from the start of the 21st century, and its popularity continues to grow. With the arrival of pandemics and the lockdowns, people were instructed to stay inside their homes and this is still the guidance today. This has been one of the major reasons for the rise of gaming in India. In a report by Statista, it was stated that by the year 2025, the worldwide gaming market is expected to be worth $256.97 billion, this figure was roughly $151.55 billion in 2019. According to industry statistics, the gaming sector is expected to increase at a 9.17% annual pace from 2020 to 2025. From playing snakes and Tekken on arcade machines to having dedicated devices, consoles, handhelds for gaming, technology has come a long way. With that all in mind, here is an analysis of what the impact of next-generation technology could be in games.

Next Generation of Technology and the Future of Gaming

Technology has grown at its fastest pace in the last 10 years. Technology is infiltrating every part of life, and gaming is no exception, it has seen numerous changes and advances over the years.

Mobile Gaming on the Rise

We have acknowledged it before several times and still recognize the fact that mobile phones are more than just gadgets used to connect and stay connected with people. The mobile phone industry has seen a sudden shift in companies and manufacturers dedicating their technology and innovation towards gaming. Not everyone is capable or willing to invest thousands of dollars in building a gaming PC or purchasing a console and a gaming smartphone can efficiently perform all the functions that can be expected from a phone, plus it has an added edge of gaming capabilities.

Cloud Gaming to Dominate the Future of Gaming

Gone are the days when cloud services only solved the problem of delivering extra storage for your data. Services like GeForce Now by Nvidia and Stadia by Google allow users to indulge in high-quality gaming without having to invest in heavy-duty hardware. The work of the cloud gaming infrastructure is very similar to the working of remote desktops. Games are stored and executed remotely on a provider’s dedicated hardware and streamed as video to a player’s device via client software. This technology makes way for more and more gamers without having an underlying demand for heavy investment. The game files can be accessed by the users on any device of their choice and at any given time. In addition to that, it allows players to game from any location that has a fast and stable internet connection.

AR and VR at the Centre Stage

Gone are the days when you had to be restricted to a chair in front of a monitor to experience gaming. With a Virtual Reality (VR) headset, you can practically become a part of the game. VR makes the gameplay more immersive, enhancing the players’ experience and emotions. Coupling that with Augmented Reality (AR), players will not only be able to control their characters and their actions but also their surroundings. This could be highly effective and popular if implemented in games like Minecraft and other single-player games.

Mobiles, PCs, and Consoles have different user bases and the debate to determine the best platform for gaming is ongoing. However, with the gaming community expanding at a fast pace, cross-platform accessibility could be the new normal. Gamers will be able to play alongside fellow gamers irrespective of the platform they are on. This means that whether you are playing on mobile, PC, or a console, as long as you are playing the same game, you can be on the same team or playing against each other despite the platform you are playing on.

Impact of 5G on the Video Gaming Industry

5G is the next big thing in technology and will have numerous impacts on the gaming industry. Latency, network capacity, bandwidth coverage and stutters are the major roadblocks that gamers across platforms face daily. 5G will remove these issues making connectivity better, along with clarity during in-game communication. This will benefit the eSports industry, mobile gamers would no longer have to rely on 4G connectivity and could take advantage of the seamless gaming experience.

In the last few decades, the gaming industry has advanced at breakneck speed. Videogames themselves continue to evolve thanks to technological breakthroughs like 3D graphics, Virtual Reality and Artificial Intelligence, as does the hardware to play them. As we continue to develop, players will be able to enjoy more realistic, more immersive and more engaging experiences. Given the current pace of technological advancements, and expected developments of the future, games experiences are expected to continue to improve and, with time, help the games industry reach unprecedented heights.