How data captured by surveillance cameras is driving actionable insights 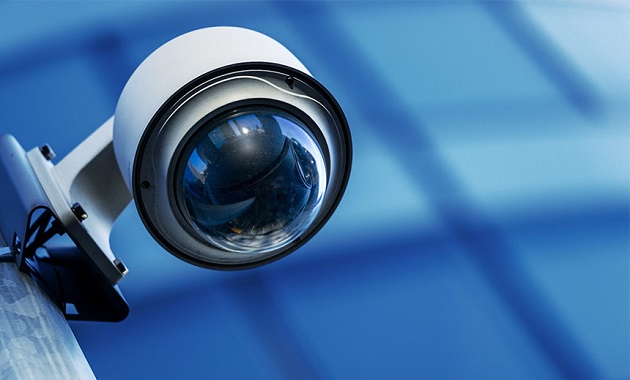 Whether at restaurants, ATMs, retail stores or other public spaces, surveillance cameras are not difficult to spot nowadays. These cameras are rapidly increasing in number, with many large premises having some form of a video surveillance system. These locations include factories, educational establishments, office and commercial spaces, residential complexes, bus stands, and more. Bengaluru is one Indian city which has planned to have 1.4 lakh CCTV cameras across all arterial and sub-arterial routes. Evidently, their function is to improve public safety and promote better traffic management. Judging by their increased usage, surveillance cameras will continue to be valuable storehouses of data.

On a global scale, there is rapid growth in the video surveillance market. The market is estimated to see a CAGR 11.8 percent increase from 2018 to 2025, accounting for USD 43.8 billion by the end of 2025, from US$ 18.3 Bn in 2017.  The Asia-Pacific region is expected to lead the market from 2017 onward. In India, the market is projected to grow at a CAGR of nearly 13% during 2017-2023. Clearly, this growth will ride on the tailwinds of a developing IoT sector, and the storage demands that come with it, specifically in relation to the way that captured data is being used.

A sharp decline in component costs, combined with advancements in technology, are factors that have boosted this growth in the surveillance industry, made possible by edge computing and mesh networks. Edge devices have transformed the way security, agriculture, manufacturing, and emergency response sectors keep tabs on what’s happening. In regard to this, what are top trends in surveillance today? How is the data captured by surveillance cameras being used to drive more actionable insights?

In the past, surveillance was mainly concerned with capturing data and storing it for retrieval if and when a significant event occurred. Storage of video footage has always been critical to create business intelligence and improve public safety. This storage can be localized, network-based, and/or centralized. With the emergence of technologies such as the Internet of Things (IoT), there is a lot more that can be done with this stored data.

Devices such as surveillance cameras help capture a large number of data points which help companies amass databases. For instance, Big Data analytics can be applied to real-time applications such as facial recognition and movement patterns in security video streams which drive actionable insights.

Smart video is about this transition from imagery to insights. It is a shift from merely collecting data to leveraging it to make intelligent decisions. Around the world, authorities are using data collected to improve management of parking spaces, police resources, traffic patterns and so forth. For instance, the municipal government of Bhavnagar, India, hosted a large procession only after addressing security concerns – they did so by layering traffic monitoring capabilities on top of video surveillance camera data.

Similarly, industries such as agriculture, construction and utilities can use cameras to gather data that is used to make informed business decisions.

Over the past decade, there has been an increasing trend towards higher definition video that enables reading finer resolution data. For example, facial recognition in dimly lit conditions or tracking a car’s license plate at a distance have been made possible through the emergence of high definition video. 4K resolution for cameras and video has resulted in the generation of a wide range of dynamic video, be it better lighting, higher frame rates, better compression and so forth. In India, CCTVs that capture footage in 4K quality have already hit the market. With these cameras capturing higher resolution footage, the resulting data stream is large, which leads to a set of challenges. The data can be moved to a centralized location, but this process is expensive. Network snags, security compromises and lack of connectivity are also challenges that exist. In the recent past, the solution that has emerged is to add local storage in the camera itself – a camera that also has enough computing power for data analytics. This would make every edge unit in a surveillance system independent, and enable deriving insights from captured data.

Video Surveillance as a Service (VSaaS)

This decade has witnessed an evolution from the use of traditional on-premise Network Video Recorders (NVRs) to both on premise and VSaaS installations. In a report by MarketsandMarkets, the VSaaS market was valued at $1.7 billion in 2016 and is expected to reach $5.93 billion by 2022. This includes hosted, managed and hybrid architectures.

VSaaS implementation has facilitated the analysis of data on the camera itself and permits the result to be moved to the cloud for management and archival. This allows retailers to manage their data in a more efficient manner and control their distributed assets through a centralized system. In a country like India that entails large population monitoring, this efficiency is critical, with the VSaaS market estimated to grow at a CAGR of 22% from 2017-2023. It also helps balance the need for centralized management and the ability to act locally without network dependency.

In order to digest data available on the system, critical resources such as compute power and data storage need to be locally present on the edge devices. In addition to providing excellent read and write performance, surveillance cameras need to possess the endurance to support local analytics. High capacity, high performance and high endurance data storage with minimal or pre-emptive maintenance have become the need of the hour in the surveillance industry. Ideally, these surveillance systems need to be power efficient, low profile and be operable in a wide range of temperatures. Further, the storage infrastructure needs to be highly scalable and affordable in order to centralize unstructured videos from a large number of devices on the cloud.

Considering all this, flash-based memory has emerged as an excellent solution to meet the local storage demand. This kind of memory can either exist as an embedded flash drive soldered on the camera’s PCB, or as a removable or fix-mounted microSD card. Waiting till the failure of a surveillance system to realise that none of the data was captured is a catastrophe in itself. With richer video, longer hours of recording and larger file sizes video surveillance workloads have increased. This requires devices to be able to store and digest as much data as possible locally.

Higher read and write performance shall enable faster data capture and transfers to allow higher-bit streams to be recorded. Higher endurance will reduce the amount of maintenance as the card will be able to withstand the constant write and erase cycles many more hours compared to commercial and consumer grade products.