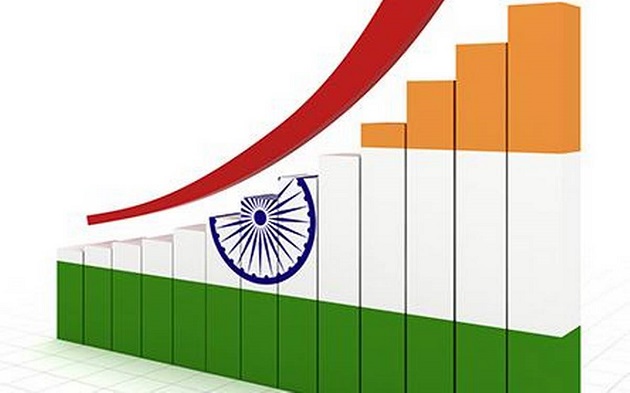 India’s Real GDP is projected to record a growth of 11.0 per cent in 2021-22 and nominal GDP by 15.4 per cent shown in Pre-Budget Economic Survey of the Government. The International Monetary Fund also projected an impressive 11.5 percent growth rate for India in 2021. That makes India the only major economy of the world to report a double-digit growth this year. There is a basis to support the survey by the supply-side push from reforms and easing of regulations. Further push for infrastructural investments, boost to the manufacturing sector through the Productivity Linked Incentive Schemes, pick-up in credit given adequate liquidity and low interest rates strengthen the sentiments. After the 23.9% contraction in GDP in Q1, the recovery has been a V-shaped one as seen in the 7.5% decline in Q2, India’s real GDP is projected to record growth of 11.0 per cent in 2021-22 witness the positive momentum in growth and recovery across all key economic indicators.

While services, manufacturing and construction were most hit by the lockdown, the agriculture sector remained the only silver lining for record growth. Reforms in the agriculture sector will bring multiple benefits for farmers and countries alike. Imagine that doubling the farmer’s income will increase the purchasing capacity of 60% of agrarian households and will help boost the economy by multifold. The Fiscal rules are to be framed in such a way that they fulfill the aspirations of the large populace alike. On top of it R&D is one such object without which you cannot aspire to be in the top League of Nations. India must certainly aspire to increase its gross expenditure on R&D from about 1.5%to 3% of GDP. Private sector participation in general expenditure in R&D becomes really critical. Private sector needs to focus on being competitive because that is what is really critical in the new economy.

The government is actively working to bring strategic diplomacy and trade facilitation under one umbrella knowing well that ‘economic diplomacy’ is crucial to regaining India’s growth story adding new dimensions of attracting investments and technology. ‘India first’ is the central point of Modi government’s foreign policy which is aimed at protecting the country’s strategic interests and ensuring robust economic growth.

The Government of India has issued orders that any Foreign Direct Investment (FDI) from countries bordering India, including China, would be closely scrutinized and specific permission is required for such investment to take place. Obviously India’s Interests should be protected by redesigning the relationship with China to ensure that it does not become a victim of China’s ambition for global dominance.  The regime under the Modi government energizes the foreign policy of India to find a coveted place in geopolitics. For example The United States supports India’s Emergence as a leading global power and vital partner. Both countries have shared interests in promoting global security, stability, and economic prosperity through trade, investment.

This Year’s budget has brought about some positive moves in the electronic sector. Duties on imported parts on mobile phone parts, PCBs, camera modules, Li-Ion cells for manufacturing battery packs and connectors have been increased from 2.5% to 15%.It simply means – higher duties will likely prompt manufacturers to move more of their manufacturing base into the country. The budget has given adequate emphasis on – health, infrastructure, inclusive development, human capital, innovation and R&D. It is a proactive budget and will boost India’s self-confidence.

Related Links: The Pandemic has forced the World to rethink the way we Work

Is Your Data Hackproof?