MENUMENU
Home Industry News Future-proof connectivity for industry and IT 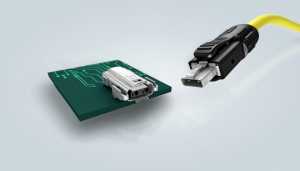 HARTING Technology Group will use this year’s SPS – Smart Production Solutions expo to showcase a slew of innovative products and solutions for digital and smart automation. The trade fair appearance will be marked by close cooperation with software developer PerFact (Herford) and the founding of the network for Single Pair Ethernet (SPE). The SPE Network, an alliance of well-known technology leaders, intends to develop future-proof connectivity for industry and IT and to design an SPE Ecosystem.

Philip Harting, Board Chairman of the Technology Group, used the company’s traditional press conference to comment on the just-ended 2018/19 fiscal year. “The trade conflict between the US and China, Brexit, and the cooling global economy have influenced our sales. We expected the result that we achieved,” Harting told journalists and guests. Further details will be announced by the Technology Group at its annual press conference in Espelkamp on November 29, 2019.

HARTING continues to invest in new technologies. The recently concluded partnership with Herford-based PerFact is intended to advance the technology group particularly in the area of software. PerFact was founded in 1998 and has grown dynamically in recent years. Some 50 employees develop professional IT solutions for the industrial sector. Networking machines via the internet is a central component in the remote maintenance of machinery. Machine information can be recorded and processed worldwide at any time.

Bringing with it new Industry 4.0 technologies such as the ‘digital twin’, PerFact is a valuable addition to HARTING’s expertise. PerFact previously attended the last few HANNOVER MESSE trade shows as a technology partner of HARTING and developed the HAII4YouFactory, which is the digital twin of the HARTING Smart Factory. “The digital transformation of our industrial world requires consistent networking through hardware and software. In cooperation with PerFact, we are convinced that we will significantly expand our software competencies around our MICA and open up new market opportunities,” says Philip Harting.

HARTING is expanding its commitment to high-performance data connections. The collaboration between HARTING, TE Connectivity and HIROSE in the field of Single Pair Ethernet (SPE) — the cooperation was presented at the HANNOVER MESSE 2019 trade show — will now be significantly expanded by the establishment of the “Single Pair Ethernet – Industrial Partner Network”. In addition to HARTING, TE Connectivity and HIROSE, the companies Würth Elektronik, LEONI, Murrelektronik and Softing IT Networks are also supporting SPE technology as a future infrastructure solution for the IIoT. These technology leaders have a peer-to-peer relationship within the network.

SPE is the basic infrastructure that makes the IIoT and Industry 4.0 possible. In order to advance the technology for the rapidly growing IIoT market, a total of seven strong companies have joined forces. Consequently, for future users this organisation is the first point of contact for all questions and concerns regarding the development of SPE networks and devices. Various information channels provide users with a continuous stream of news and information. The partner network thus provides transparency and clear recommendations for the development of future IIoT applications while concomitantly acting as a central information and exchange platform for interested parties.

With the T1 Industrial Interface, HARTING becomes the first manufacturer in the world to offer a fully standardised interface for industrial M3I3C3E3 applications. IEC 63171-6 will be released this year, making it the established interface for Single Pair Ethernet applications in the industrial sector. HARTING had begun developing the interface as far back as 2016 and is thus ahead of other solutions in terms of development and standardisation.

This decision is further supported by the important Ethernet standardisation body IEEE802.3. Hence a broad consensus exists within all the major standardisation bodies: ISO/IEC, TIA and IEEE. Consequently, the future SPE interface for industrial applications has been finalised and has a name – the T1 Industrial.

Everything for the Ethernet

The goal of the HARTING Technology Group is reliable standards for Ethernet connectivity in addition to the development of related products. At SPS 2019, HARTING will present its broad portfolio of standardised solutions for all types of Ethernet connections. HARTING thereby once again underscores its ambition to offer a complete range of solutions for its customers — a solution portfolio that is based on uniform international standards and that guarantees investment security, whether circular connectors for hard deployment, future-proof preLink cabling for industry and IT, or miniaturised ix Industrial interfaces. Ethernet standards are the DNA of the technology group!

HARTING has also pushed ahead with development work in the area of industrial connectors. The Han DDD is the industrial connector that currently most consistently embodies miniaturisation in the fields of robotics and automation. The triple “D” stands for highest contact density. The advantage? Secure signal transmission that requires only minimal space!

The need for space-saving solutions is an important topic in mechanical engineering, robotics and automation. Consequently, HARTING has developed the Han D series, which stands for high contact density and small dimensions. With Han DDD, the number of contacts has more than doubled compared to the previous standard – while dimensions and electrical properties remain identical. The “Triple D” can transmit signals or power with a maximum of 107 contacts.

As a result, Han DDD connectors enable users to optimise the installation space in conventional control cabinets. Space-saving applications are possible in all industrial sectors where electrical power and signal transmission play a role.

With the new Han Shielded Power Module, users can now design shielded power cables as modular connectors. Another new addition to the Han-Modular portfolio is an M12 solution for applications in mechanical engineering and transportation, as well as the Han DD dual module. The module creates space-saving interfaces, e.g. in robotics and automation, resulting in shorter assembly times.

HARTING will also use the expo venue to present the Han Shielded Power Module. The module offers three power contacts and one PE contact for connecting typical three-phase loads. In addition, there are two signal contacts for temperature monitoring, brakes and similar devices, as well as a large-area shield transition that enables the EMC-compliant connection of the cable shield directly to the module. This offers an alternative to hard-wiring shielded power lines while allowing these types of connections to be done in a common housing alongside other modules of the Han-Modular series.

At the trade show, the technology group will also be demonstrating numerous possible uses of the MICA Edge Computing System in conjunction with machines and the Cloud. In addition, HARTING will be presenting applications for the IIoT and Industry 4.0 with the MICA in cooperation with system partners. There are now numerous documented customer solutions worldwide with a focus on digital retrofit, condition monitoring, asset tracking and data security. The MICA. Network currently includes 37 partner companies around the globe. 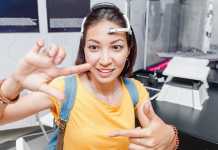 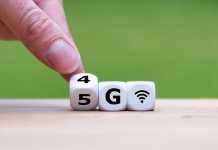 Companies take a collaboration move to deploy deep-indoor use cases

New Delhi to Host the Largest Gathering of Electronics in Southeast...