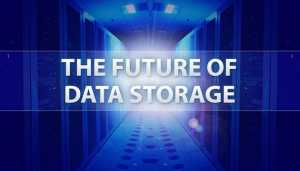 Is there a need of 24 x 7 surveillance in Indian smart cities? What happens to all the data that would be collected by this constant surveillance? Where will all that data get stored and how will we be sure that no one tampers with it? ELE Times’ Soumyarendra Barik sat down with Vivek Tyagi – Director of Business Development, Embedded & Enterprise, Western Digital to find answers to these perplexing questions. Excerpts:

ELE Times: What is the need of 24 x 7 surveillance in India’s smart cities or any smart city for that matter?

Vivek Tyagi: I think the simple answer to that question is to make the cities safer. If you go back four to five years, there have a number of incidences in multiple cities- terrorist attacks and a variety of things. If there is a 24 x 7 surveillance and every nook and corner of the city is covered, it creates a lot of deterrent to a lot of people. And for the responsible citizens of a city, they can feel safe and know that nay mishap is being constantly captured in the camera. So, I think it is a fundamental right of any citizen to live in a safe environment and that is exactly why we need a round the clock surveillance system in every city.

ELE Times: Surveillance footage would naturally contain a lot of precious data. How do you think can that data be used to ensure that people living in tomorrow’s smart cities remain safe?

Vivek Tyagi: WD actually parses this world of data into two areas- one we call as big data and the other we call as fast data. Now, fast data is the data that lives in edge devices; like the data living inside an IP camera. And the big data is the backup data living somewhere, away from the edge devices. Both these data have different characteristics. Now, fast data needs to react very quickly. So, the underlying storage WD provides there is based on flash memory- like in smartphones. The access to all that data has to be very fast so it lives inside a flash storage. IP camera’s data, needs to stay on a flash, autonomous car’s data, needs to stay on a flash.

Big data may run into thousands of terabytes and we have to keep it for 180 days- it’s necessary to keep it, but not necessary to make access to it very fast. You might access it only when you need it. You will run analytics on it only when the need arises. So, for that, we provide a large capacity enterprise drive based storage. So, we are focusing on the retention of both the fast data as well as the big data. Now, we are not working on the application software. Say, if you’re a bank, and you have to mine some data from your perspective; that we’ll leave it up to the customer based on what kind of analytics they need to run on the data. So, we’re basically providing a safe environment to keep your data for a long period of time.

ELE Times: When you put people under 24*7 surveillance, it is bound to make many of them uncomfortable since there is also an ethical aspect attached to it. There have been so much news recently regarding people’s data being used against them or to influence their decisions. Why do you think would people embrace the idea of 24*7 surveillance?

Vivek Tyagi: WD would rather not have an opinion on this. From the company’s perspective, more the data, the better it is. Personally, I would say, anybody who is on any kind of social media cannot ask this question. Because he has already given away all his data. I think, once people register on a social media site, you’re giving all your personal information, including sometimes your credit card details to do online shopping. So, what are we really talking here?

ELE Times: So, there are some sacrifices to be made…

Vivek Tyagi: I think it is the responsibility of some of the governing bodies and governments to make laws in such a way that at least this data cannot be used for wrong purposes.

ELE Times: Once you record all that data, there would naturally be a need to store all of it too. What do you offer on the storage end of things since WD is famous for its storage solutions?

Vivek Tyagi: So, I’ll talk of video surveillance here. The first point of storage is IP camera. So, for IP cameras, we provide these specially designed micro SD cards. We have two categories there. We have purple cards for those applications where you store only when the network connection breaks from the camera. So, if your network video recorder is not able to record for some reason, then you start recording on the local card. So, we have the purple card for that. But, if you’re continuously recording, then we have an industrial grade card that will be much more reliable.

ELE Times: We’re seeing this constant trend, especially in smartphones that more and more manufacturers have started skimping on external storage. Google has some apps that lets you back up your photos and videos to their servers. So, storage is becoming more cloud based. WD is more inclined towards the physical storage solutions. So, where does the future lie?

Vivek Tyagi: That is a great question you asked because we as a company not only make cards- which is like secondary storage in phones. The primary storage is actually inside the phone and we provide it to all the smartphone guys. So, there is a flash memory chip out there and when you buy a phone you’ll see 4 GB of RAM and 64 GB of flash storage. So, that 64 GB of internal storage is what we provide. And you have to put internal storage in a phone because that’s where most of your data stays. Beyond a point, you push it to the cloud and we also work with cloud data center guys to provide hard drives to them. So, whether you store on the edge device, or on the cloud, it’s still storage business for us.