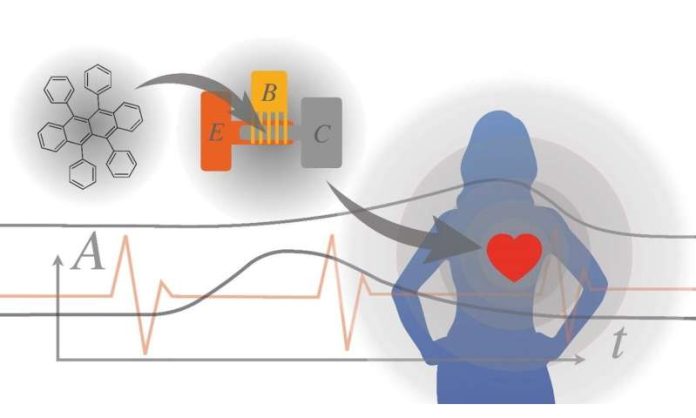 The invention of the transistor in 1947 by Shockley, Bardeen, and Brattain at Bell Laboratories ushered in the age of microelectronics and revolutionized our lives. First, so-called bipolar transistors were invented, in which negative and positive charge carriers contribute to the current transport; unipolar field-effect transistors were only added later. The increasing performance due to the scaling of silicon electronics in the nanometer range has immensely accelerated the processing of data. However, this very rigid technology is less suitable for new types of flexible electronic components, such as rollable TV displays or medical applications.

For such applications, transistors made of organic material, or carbon-based semiconductors, have come into focus in recent years. Organic field-effect transistors were introduced as early as 1986, but their performance still lags far behind silicon components.

A research group led by Prof. Karl Leo and Dr. Hans Kleemann at the TU Dresden has now succeeded for the first time in demonstrating an organic, highly efficient bipolar transistor. Crucial to this was the use of highly ordered thin organic layers. This new technology is many times faster than previous organic transistors, and for the first time, the components have reached operating frequencies in the gigahertz range (i.e., more than a billion switching operations per second).

Dr. Shu-Jen Wang, who co-led the project with Dr. Michael Sawatzki, explains that “the first realization of the organic bipolar transistor was a great challenge since we had to create layers of very high quality and new structures. However, the excellent parameters of the component reward these efforts.”

Prof. Karl Leo adds that they “have been thinking about this device for 20 years and I am thrilled that we have now been able to demonstrate it with the novel highly ordered layers. The organic bipolar transistor and its potential open up completely new perspectives for organic electronics since they also make demanding tasks in data processing and transmission possible.” Conceivable future applications are, for example, intelligent patches equipped with sensors that process the sensor data locally and wirelessly communicate to the outside.