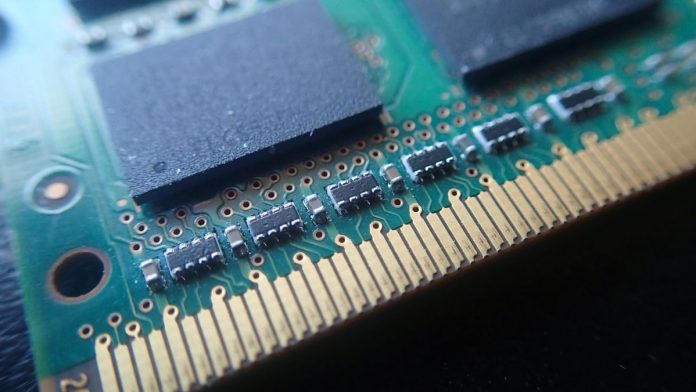 DDR5 memory modules have gone into mass production thanks to Chinese manufacturers Netac and Jiahe Jinwei, as reported by VideoCardz. Looking at the specifications of the modules, it looks like they’ll have compatibility with Intel’s currently unreleased 12th-gen Core processors, codenamed Alder Lake.

DDR5 improves upon DDR4 in a number of ways based on leaked benchmarks, using less power while bumping frequency to 4800MHz with a ceiling of 6400MHz. Power management is also routed through memory DIMM, a change from DDR4 which had previously relied on the motherboard.

The new DDR5 memory modules from both Jiahe Jinwei and Netac manufacturers will have a capacity of 16GB RAM, but 32GB variant models are reportedly in the works, too.

DDR5 SDRAM (Synchronous Dynamic Random Access Memory) is likely being positioned as the new standard for high-end PCs then, especially as the specs will be supported by Intel’s upcoming 12th-gen Core processors as well as AMD’s next-gen technology.

DDR5’s 16GB of RAM will be more than enough to support upcoming high-end processors and GPUs, and having that available on one lighting fast DIMM (or stick as they are commonly called) will free up slots for users to expand their PCs into something more ambitious, such as if they want to take up a production hobby where faster memory is a necessity.

With PC games and programs increasing in specification demand year on year, memory requirements are as crucial to builds as processors and GPUs, allowing for the kind of efficient performance demanded by current-gen hardware and software.

While 32GB DIMMs probably seem like overkill for gaming PCs (which can comfortably get by on a total of 16GB RAM), they’re ideal for workstation builds used in a more professional capacity, such as graphic design and CGI rendering, where more demanding 64GB or 128GB requirements come into play.