With Final Consensus between Centre and States, GST to roll-out by July 1 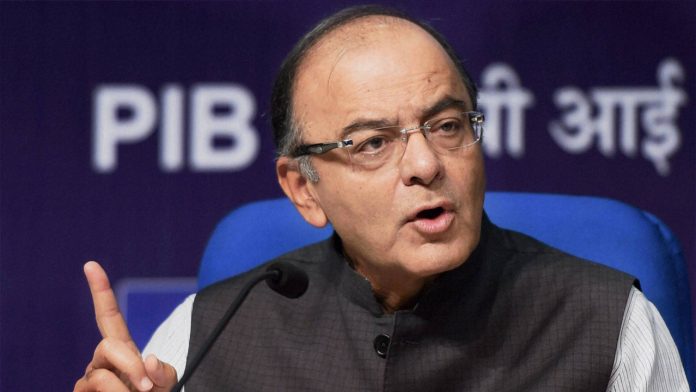 At the ninth meeting of GST Council on January 16, 2017, the Centre and the state governments managed to come upon an extensive consensus over the debatable matter of division of administrative control over tax assesses. The goods and services tax (GST) is likely to be rolled out from July 1, 2017. Under the proposed tax regime, 90% of all assessees with a turnover of Rs 1.5 crore or less will be assessed for scrutiny and audit by state authorities, the remaining 10% by the Centre. Above that limit, Centre and states will assess in a 50:50 ratio. The agreement hammered out was based on a proposal by Tamil Nadu.

“Each assessee would be assessed only by one authority,” Jaitley said, putting to rest fears over dual administration by both state and the Centre.

“You won’t have to jump from authority to authority, that’s the advantage of GST… Computer programming will be done in such a way that there is no discretion (in selection of assessees).”

Both will have intelligence based assessment powers, Jaitley said. The Centre has also given leeway to states on integrated GST (I-GST), which deals with inter-state sales.

Jaitley said the power to levy and collect the I-GST lies with the central government but states will also be cross-empowered in the same ratio as above through a special provision in law. Any IGST disputes among states will be resolved by the Centre.

Regarded as one of India’s most comprehensive reforms since Independence, GST will help turn the country into a common market by removing state tariffs that act as a barrier to free movement of goods and services. The accord will come as a relief to the Centre after concerns that the November 8 demonetisation may cause states to put up their price. To be sure, the constitutionally mandated timetable requires GST has to be in place by September at the latest.

The Centre also ceded ground on taxation rights over the sea. Territorial waters extending to 12 nautical miles fall under control of the union government but as per convention, states will be empowered to collect tax on any economic activity in this zone. “This decision has been taken after very wide consultations,” Jaitley said.

Jaitley said all ministers present at the meeting agreed to the proposals except West Bengal finance minister Amit Mitra. The state wanted exclusive jurisdiction for states up to the limit of Rs 1.5 crore. Other states did not support West Bengal’s demand, said an official present at the meeting. On the other hand, states such as Assam and Maharashtra demanded a higher number of assessees above the Rs 1.5 crore threshold and fewer below.

“As far as the dual control is concerned, the Centre has come, finally, very close to the position that the empowered committee had taken, where under Rs 1.5 crore, all goods, all deemed goods, and the decision taken on which I had to put a dissent, that 90 per cent of all goods and services will be with the states. Only 10 per cent of services are with the Centre, on which I had to dissent because I wanted 100 per cent. So we have come very close to 100 per cent but unless it is 100 per cent, I was constrained to dissent, because I wanted that extra 10 per cent,” Mitra told reporters after the meeting.

The division of tax administration had been holding up the finalization GST tax laws, making it difficult for the government to stick with the April 1deadline.

Citing that the whole process will take time till March, Jaitley said that July 1 will be a “more realistic date” to roll out GST. “…once they are free from making the drafts, the officials who are lending technical support will start working out the fitment of rates in various slabs. This exercise will, in all probability, take us into the month of March. The ministers and Council then assessed the realistic date by when the three important things pending — final draft legislation and rules, secondly, approval of these by the legislative bodies and fitment of rates can take place. I requested the ministers to give their opinion about the realistic dates and there was a broad view that July 1 appears to be more realistic,” Jaitley said.

He said since it is a transactional tax, it can be introduced any time. The Council members felt that industry and trade should be given some adequate notice and once the rates are decided, the systems of GSTN will have to be modified suitably, he said.

The government is constitutionally mandated as per the Constitution (One Hundred and First Amendment) Act, 2016, passed by Parliament last year, to roll out the indirect tax regime by September 16 this year. On the issue of taxation powers in offshore areas, which was raised by states in the previous GST Council meeting, Jaitley said states will have taxation powers up to 12 nautical miles in offshore areas.

Since the GST will miss the April 1 deadline, the indirect tax receipts estimates in the upcoming Budget for 2017-18 will include a combination of excise and service tax for three months and GST for the next nine months, a senior government official said.

Also, the penal arrest provisions, which were part of the draft law, have been diluted. Officials said default in payment of taxes amounting up to Rs 2 crore will be a bailable offence. The arrest powers will be invoked only in cases of criminal offences like forgery and tax not deposited in government coffers.

Tax experts said that the consensus on cross empowerment and a delayed rollout date has ended uncertainty and will give enough preparation time to the industry. “Resolution of contentious issues such as dual control in today’s meeting signifies the most decisive step that we have seen on the GST front in the past three months. The announcement that GST rollout would be from July 1 instead of April 1 is welcome as it ends the anxiety of the industry to have a firm rollout date in place,” M S Mani, Senior Director, Indirect Tax, Deloitte Haskins & Sells LLP said.

Harishanker Subramaniam, National Leader — Indirect Tax, EY India, said, “It’s indeed a very positive development and takes the GST journey forward. What remains now are the rates for various goods and services which I am sure will be decided in March 2017.”