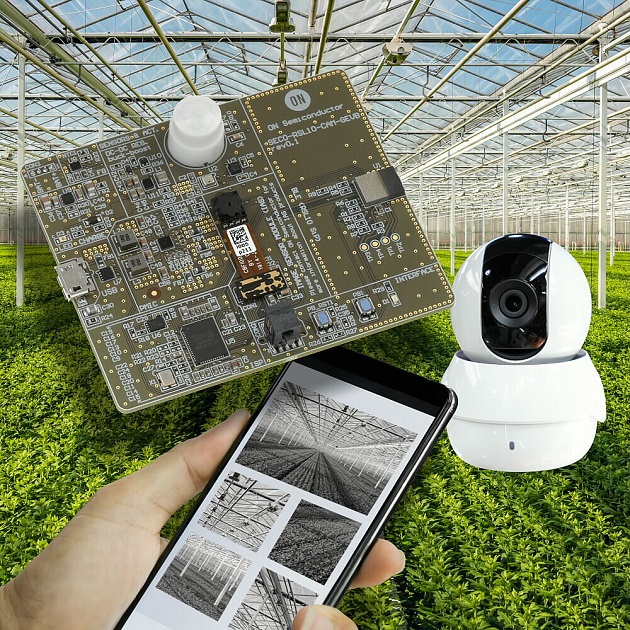 The platform brings together a number of ON Semiconductor innovations, including the RSL10 SIP, which provides ultra-low-power Bluetooth® Low Energy technology, and the ARX3A0 Mono 65° DFOV IAS Module. The module is a compact prototype used for developing compact cameras with 360 fps mono imaging based on the ARX3A0 CMOS image sensor. Complemented by advanced motion and environment sensors and power and battery management, these technologies provide a complete solution that can be used to autonomously capture images and identify objects within them.

Using the RSL10 Smart Shot Camera, developers can create an endpoint that automatically sends an image to the cloud for analysis when triggered by various elements including time or an environmental change, such as light or temperature. Equally, the camera platform can operate in low power mode while monitoring a specific part of its field of view, automatically taking an image when the scene’s contents change. The image is then sent to the cloud for processing, using AI to determine the contents of the image and then taking the appropriate action.

“Hyper automation is the next evolutionary step in the IoT,” said Wiren Perera who heads IoT at ON Semiconductor. “The RSL10 Smart Shot Camera embraces that concept, by bringing the power of vision-based AI closer to the edge to enable capabilities such as automatic object recognition and scene changes.  We have been consistently delivering on a variety of device-to-cloud wireless sensor solutions.  Enabling the seamless addition of vision takes this to another tier.”