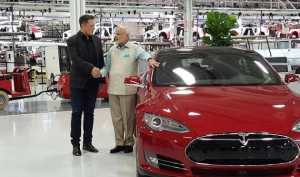 The company is looking to establish ‘partial presence’ in India, South America and Africa, by next year end and to expand it further in 2020

American electric cars manufacturer, Tesla Inc, is planning to expand its overall market beyond the regions of Europe, North America and China, to geographies like India, South America and Africa.

Elon Musk, Chief Executive Officer (CEO) of Tesla has said in a tweet that the company’s plans of increasing its overall market outside China, Europe and North America.

Expand to other markets

Tesla’s CEO revealed in the tweet that recently he asked the company’s service team to expand the market of its product to all the population regions, not only to major metros in Eastern Europe, North America, Japan and China, by the end of 2019.

The company is looking to establish ‘partial presence’ in India, South America and Africa, by next year end. In addition, the company is planning to expand it further in 2020, he said in a follow-up tweet.

Musk revealed about Tesla’s expansion plans after a Tweeter user replied to another tweet in which the company’s CEO had said that Panasonic and Tesla are collectively the biggest manufacturer of electric vehicles batteries in the world. He even indicated that that the volume is not small, but the two companies together are producing 60 per cent of the batteries for electronic vehicles in the world.

The Tweeter user had asked Musk that will Panasonic be a partner of Tesla for its China giga battery production? Musk replied to the tweet that Tesla is planning to locally source cell production most probably from various companies that also include Panasonic.

In order to clarify further, Musk tweeted that Tesla’s long-term goal for mass market products is local production for domestic markets at least at the continent level. This is crucial for the company to make prices as affordable as possible.

This shows that Tesla is aimed at bringing its world class electric vehicles to more international markets and adding more factory units in strategic locations.

Electric Cars in India Could Soon Become a Common Sight as...