Engineers Design a Quieter Future for Drones and Flying Cars 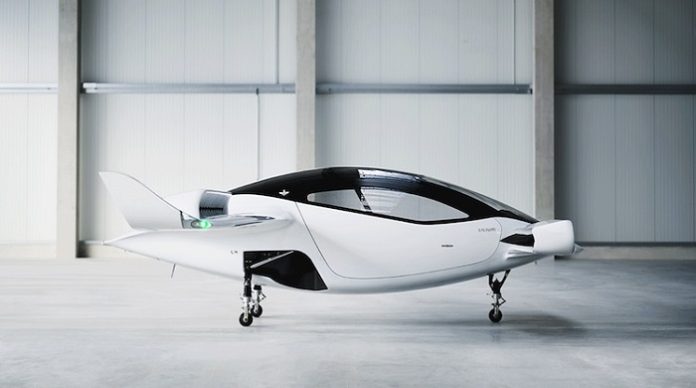 One obstacle to realizing the dream of flying cars is noise—imagine 1,000 leaf blowers intruding over your backyard barbecue.

It’s not just flying cars but for drones as well. Complaints about the high-pitched keening of propellers could lead to restrictions or regulations that could hamper the growth of the new commercial drone industry.

University of Cincinnati aerospace engineering students are studying solutions to dampen sound in assistant professor Daniel Cuppoletti’s lab in UC’s College of Engineering and Applied Science. If flying cars are to succeed, Cuppoletti said, they’ll have to be quiet.

“I’m looking at the noise from a societal impact,” Cuppoletti said. “These vehicles have to be imperceptible in the environment they fly in or someone will have to take the brunt of that impact.”

Too often, the impact is felt in lower-income neighborhoods, he said.

Airports across the country are the subject of tens of thousands of noise complaints per year filed by aggravated residents. In an FAA survey published last year, two-thirds of respondents said they were “highly annoyed” by aircraft noise. Noise from planes and helicopters was a far bigger annoyance than cars, trucks, or neighbors, the survey found.

Likewise, engine noise is a huge concern of military and commercial aviation. Hearing loss and tinnitus are the leading causes of medical disability claims filed with the U.S. Department of Veterans Affairs.

Drones don’t pose the same risk for hearing loss as bigger aircraft because they’re not much louder than a kitchen appliance. But the unique quality of their buzzing rotors stands out against the ambient background, which makes them irritating and distracting.

“One helicopter flying over your roof will keep you up,” Cuppoletti said. “If you want 1,000 drones flying over cities in urban centers, the noise will be a huge problem.”

A potential aggravating factor is a sheer scale. While the United States sees about 5,700 commercial aircraft flights each day, drones with their diverse applications have the potential for thousands of flights in major metropolitan areas each day.

Cuppoletti said a variety of factors affect the way people perceive sound. Aircraft noise is far less noticeable in congested cities than in suburbs or countrysides. And the time of day matters as well. Evenings tend to be quieter, making aircraft more noticeable.

“Studies have found that just seeing an aircraft can cause people to think they’re loud,” Cuppoletti said. “There are subjective human factors you can’t control.”

Cuppoletti is studying how to manipulate sound from drones through engineering design. He tests sound in a room lined with sound-absorbing padding that eliminates echo.

Using an anechoic chamber, a room covered on all sides by sound-dampening material and outfitted with a suite of eight microphones, Cuppoletti tests the frequency, wavelength, and amplitude of sound, among other factors that affect our perception of noise. He and his students are developing a guidebook that manufacturers of drones and flying cars can use to anticipate what their novel designs will sound like based on UC’s engineering and physics experiments.

Every rotor has its own noise signature. Simply changing the configuration of two rotors can add or reduce sound by 10 decibels or more, UC student Reed said.

She tested 16 rotor configurations and presented them at the SciTech conference.

“Changing the vertical gap influences the noise. So I looked at what happens if we change the vertical or horizontal spacing,” she said.

UC student Sorensen studied differences in sound in rotors rotating in the same direction versus opposite directions: Co-rotating or counter-rotating. So far, the results are inconclusive.

“This is a very exciting time for aerospace,” Cuppoletti said. “New aircraft designs are at the preliminary and conceptual design stages. We can influence what they will sound like based on decisions designers make now.”