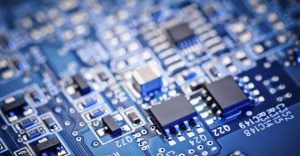 Two years after in-principle approval for establishing a Greenfield Electronics Manufacturing Cluster (EMC) in 98 acres at Gurrampalem in Pendurthy mandal near here, the project remains on paper for want of finding out an anchor unit.

“We had sought proposals for an anchor unit twice in the past but so far we have not received any response. We have already prepared the draft layout and will try to get an investor as anchor unit,” sources in AP Industrial Infrastructure Corporation told.

The project was approved in-principle vide letter dated January 8, 2016 by the Department of Electronics and Information Technology, Ministry of Communications and Information Technology to the Vice-Chairman and Managing Director of APIIC. A senior official of the ministry during her visit to the city had confirmed that the Centre-funded project was still valid, and they would release the funds once the State government fulfilled all the norms required for implementation of the project.

As per the ministry’s letter, the project cost is Rs. 66.98 crore (excluding the land cost). A special purpose vehicle is required for implementing it. A collection of at least 10% is required as financial contribution from industrial institutions/associations.

A.P. Pollution Control Board has already issued the consent for establishment for the project. While the anchor unit will get major chunk of land due to its heavy contribution in the cluster, MSME units will be allotted individual sites in small sizes through the SPV. The Gurrampalem EMC was mooted following rejection by the ministry during the erstwhile UPA government to establish a cluster at Parawada due to objections over location of Jawaharlal Nehru Pharma City in the vicinity.

“We hope with proper showcasing of investment potential, finding out an anchor unit at the CII Partnership Summit being held in the city from February 24 to 26 will not be a difficult task,” social media activist and founder of visakhapatnamsmartcity.com Sudeer Vadapalli said. Rushikonda IT Parks Association Vice-president O. Naresh Kumar said in view of huge employment potential, the project should be pursued by the State government so as to prevent the Gurrampalem project turning jinxed.