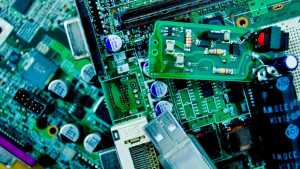 A Rs 45,000-crore fund has been readying by the Centre in an aggressive push to ensure bigwigs like Samsung, Apple, Huawei, Oppo and Vivo, besides contract manufacturers like Foxconn and Wistron, bring their global supply chains to India, in order to transform the country into an electronics manufacturing hub in the next five years.

Rs 41,000 crore, out of the Rs 45,000-crore fund, is expected to be disbursed to companies based on production-linked incentive (PLI) criteria, while the remaining 4,000 crore would be offered under a proposed capital subsidy, or reimbursement, scheme. The proposed scheme will replace the popular Modified Special Incentive Package Scheme (M-SIPS).

According to the Government officials, the disbursement mechanism of the PLI scheme would be firmed up during interministerial consultations. It would likely be similar to the duty credit scrip scheme under the current Merchandise Exports from India Scheme (MEIS), which is being wound down by March 31, officials said.

Duty credit scrip is a certificate with certain monetary value that can be utilised for payment of customs duty.

Government officials are trying to ensure the new policy is compliant with World Trade Organization guidelines and the support is not directly linked to exports. New Delhi, however, wants to put in tough qualification criteria to ensure the funds are not used by those who manufacture devices only for the local market.

The likes of Foxconn — the world’s largest contract manufacturer that also operates the biggest such facility for smartphones in India — as well as Samsung, Huawei, Vivo and Oppo together account for more than 80% of the $500-billion global mobile phone market.

Recently, finance minister Nirmala Sitharaman announced that the government was working on a scheme to boost local electronics production, but said details would be unveiled later. The draft proposals have been sent to the secretaries of revenue, expenditure, economic affairs, commerce, Department for Promotion of Industry and Internal Trade, Ministry of Electronics & Information Technology (MeitY), Niti Aayog CEO and the Directorate General of Foreign Trade (DGFT) for comments.

“Given the imminent withdrawal of MEIS and limited relief provided by the proposed Remission of Duties or Taxes on Export Products (RoDTEP) in the electronics sector, there is a need to address manufacturing disabilities vis-à-vis China and Vietnam,” the official said, explaining the PLI scheme. According to various industry studies, the policy support in Vietnam renders India uncompetitive by 10-12 percentage points and the disability of India compared with China is between 19% and 23%.

To counter this, the PLI scheme would extend an incentive of 5-8% on incremental sales of goods manufactured in India and covered under the target segments, which the government will notify. MEIS currently offers 4% duty credit scrips. The likes of Apple, Foxconn and market leader Xiaomi had been demanding more, to encourage them to make India their manufacturing hubs.

Eligibility of companies would be subject to thresholds of incremental employment generation, incremental investment and incremental sales of manufactured goods, in order to maximise exports and value addition in India.

An empowered committee comprising secretaries of revenue, expenditure, economic affairs, DPIIT, MeitY and DGFT will monitor the implementation and allotment of funds. Also, a project management agency will assist the empowered committee.

The second official said the second scheme to replace M-SIPS will be open for application for three years.

“This will have an incentive of 25% on capital investments on plant, machinery and equipment and will be provided to industrial units making investment for manufacturing of electronic components and sub-assemblies in specified categories,” the official added. Currently, M-SIPs offer 20% and 25% reimbursements, depending on whether the plant is located in an SEZ or not.

Last month, the prime minister had met smartphone manufacturers including representatives from Apple, Samsung and Lava, and sought suggestions on how to make India an electronics manufacturing and export hub. Following this, government officials fast-tracked work on the modalities of the incentives that need to be doled out to attract big-ticket investments. The government has set an ambitious target to increase smartphone exports to $110 billion by 2025 from $3 billion now, and become a net exporter of electronics goods. 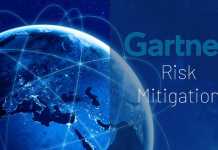 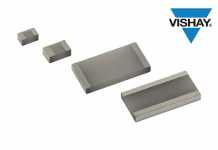 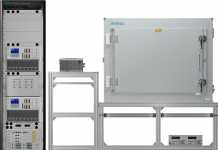 STM32 and STM8 Microcontrollers from STMicroelectronics Drive the Smart Revolution