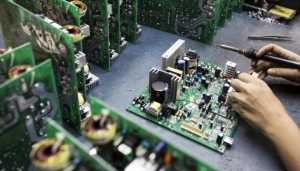 In order to boost Government’s ‘Make in India’ initiative, the Ministry of electronics and information technology (MeitY) has proposed fresh incentives to uplift electronics manufacturing in India.

The newly made proposals include 4-6% interest rate subsidy on loans for new investments, renewal of the electronic manufacturing cluster (EMC) scheme and waiver of collateral for loans taken to set up machinery.

According to the officials, the proposal comes after the three marquee government schemes that were designed to aid India’s manufacturing push in electronics ended last year – the Modified Special Incentive Package Scheme (MSIPS), EMC and the Electronic Development Fund. These schemes were ended in 2018 and have not been renewed so far.

The fresh proposals have been sent to the finance ministry. The government had set up an inter ministerial panel under PMO led by NITI Aayog. The panel is now working on a roadmap to develop India as a global hub for electronics manufacturing.

Moreover, the ministry has also proposed allowing new entrepreneurs to set up manufacturing facilities without having to give personal collateral under the credit guarantee scheme. “Our industry’s problem is higher interest finance cost and providing collateral to banks, which is what we have tried to address in the proposal in order to nurture the hardware ecosystem,” said an official.

While the government released the new National Electronics Policy earlier this year, specific incentives are being finalised. The policy aims at a turnover of $400 billion in domestic electronics manufacturing by 2025, along with promoting easeof-doing business for the electronic system design and manufacturing sector and encouraging industryled research and development and innovation in new areas such as 5G.