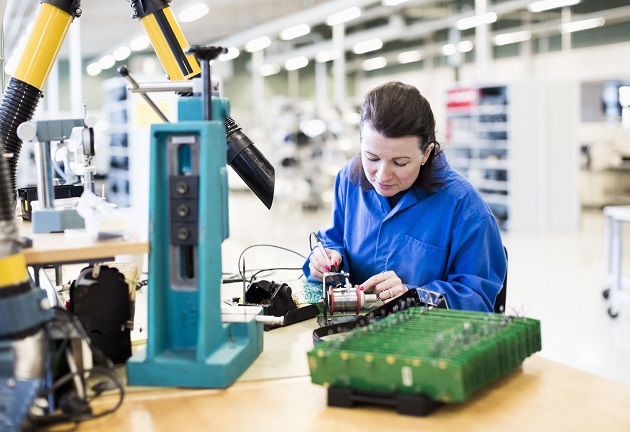 The government could redirect the source-markets for electronic goods away from China — the single largest supply market now – to others like Singapore, Malaysia, Taiwan and the US. More than 90 per cent of the electronic goods imports from China are of integrated circuits, and television sets.

Between April 2019 and February 2020, total imports of electronic goods stood at Rs 3.59 lakh crore. Out of this, imports from China stood at Rs 1.42 lakh crore or 40 per cent of total imports of such goods.We imported 98 per cent of parts used in electronic integrated circuits and micro assemblies from China. Similarly, our reliance on China was 93 per cent in colour TV sets and 90 per cent when it comes to imports of the subscriber-end equipment in the telecom industry.

Although the overall mobile phone imports declined sharply in FY20, the share of China increased in total imports. Cell phone imports almost halved to Rs 6,313 crore in April-February of FY2019-20 from Rs 11,304 crore in the full year of FY2018-19 primarily because of the increase in domestic manufacturing and the hike in import duty on handsets.

On rerouting the supplier base, we should diversify our imports basket until such time our indigenous production of electronic goods picks up.

The Indian market has shown a tremendous increase in the appliance and consumer electronics (ACE) market, which reached Rs 76,400 crore (US$ 10.93 billion) in 2019. The appliances and consumer electronics industry is expected to double to reach Rs 1.48 lakh crore (US$ 21.18 billion) by 2025, keeping in mind, the current push from the government of India with ‘Make in India’. Other technology transitions such as the rollout of 5G networks and IoT are driving the accelerated adoption of electronics products. Initiatives such as ‘Digital India’ and ‘Smart City’ projects have raised the demand for IoT in the market and will undoubtedly usher in a new era for electronic products.

There is a lot of scope for growth from the rural market with consumption expected to grow in these areas as penetration of brands increases. Demand for durables like refrigerators and consumer electronic goods are likely to witness an increased demand in the coming years, especially in the rural areas as the Government plans to invest significantly in rural electrification.

White goods industry in India is highly concentrated. In washing machines and refrigerators, the top five players have more than 75 per cent of the market share, while in air conditioners and fans, it is around 55-60 per cent. On the other hand, kitchen appliances segment is fragmented with top five players having a 30-35 per cent market share. For the issuance of electronic Certificates of Origin (CoO), the Government launched Common Digital Platform, a single access point for all the exporters and all the Free Trade Agreements (FTAs) for all agencies concerned.

Growing awareness, easier access, and changing lifestyle have been the key growth drivers for the consumer market. The Government of India’s policies and regulatory frameworks, such as relaxation of license rules and approval of 51 per cent Foreign Direct Investment (FDI) in multi-brand and 100 per cent in single-brand retail, are some of the major growth drivers for the consumer market. According to the Department for Promotion of Industry and Internal Trade (DPIIT), between April and March 2020, FDI inflow in the electronics sector stood at US$ 2.79 billion. As per the revised FDI policy, the Government has introduced certain bars for E-commerce platforms from selling on their websites and has imposed a limit on how much one supplier can sell on their portal. Consumer durable loans in India increased 43 per cent y-o-y to Rs 6,495 crore (US$ 921.4 million) in FY20.

Consumer Electronics Imports – Past
India’s electronics imports touched a record $55.6 billion in FY19, against $51.5 billion a year before, and remained the largest driver of its trade deficit after oil, showed the latest official data. However, what offered policymakers some comfort was that electronics exports jumped as much as 39 per cent to a record $8.9 billion last fiscal, against 12.3 per cent in the previous year.

The current value addition in the sector ranges from 5-30% in India, depending upon the constituent of value chain. For example, it is around 25-30% in components, whereas, it is approx. 5-15% at SKD assembly level.

For transformation of Indian economy into digital economy, three schemes namely the Production Linked Incentive Scheme (PLI), Scheme for Promotion of Manufacturing of Electronic Components and Semiconductors (SPECS) and Modified Electronics Manufacturing Clusters Scheme (EMC 2.0) have been notified by the Ministry of Electronics and Information Technology (MEITY) as of April 2020:

Modified Electronics Manufacturing Clusters Scheme (EMC 2.0): The Modified Electronics Manufacturing Clusters (EMC 2.0) Scheme seeks to strengthen the infrastructure base for the electronics industry and deepen the electronics value chain in India. The development of industry-specific facilities like Common Facility Centers, Ready Built Factory, Sheds/Plug and Play facilities will not only strengthen supply chain responsiveness and promote the consolidation of suppliers but also decrease time-to-market and lower logistics costs. EMC 2.0, therefore, provides financial incentives for creating quality infrastructure as well as common facilities and amenities for electronics manufacturers. Financial Incentives of up to INR 3,762 crore will be disbursed over a period of 8 years.

Indian economy has been jolted and disrupted majorly by the Coronavirus-19. It is the time to take every possible measure to upgrade and scale up telecommunication and information technology industry to save jobs and production for the present and lay-down the foundation for further. The highlights of the policy initiative taken by Government of India include: