NITI Aayog, which is India’s policy-making body/think tank organisation, has drafted a policy for electric vehicles and has suggested that EVs could have green number plates.

Along with that, the draft policy also suggests that EVs could be given benefits such as free parking for three years and tolls waived off across the country. Another point that the draft policy makes is that there should be 10 percent parking space reserved for electric vehicles at residential spaces, shopping malls and office complexes in the future.

According to TOI, the study also happened to mention that if India were to take electrification of the fleet seriously, it stands to save about 64 percent of the energy demand for road transport and 37 percent carbon emissions by 2030. Also, the country has the possibility of saving up to 60 billion dollars in diesel and petrol costs by 2030.

All of this happens only if India is steadfast on the path to full electrification of the fleet by 2030. But seeing the way things are progressing currently, it looks quite difficult for India to have a fully electric fleet in the next 12 years. The government has programmes such as the Faster Adoption and Manufacturing of Hybrid and Electric Vehicles (FAME Scheme).

Major manufacturers such as Maruti-Suzuki, Hyundai etc. are already collecting data on the feasibility of introducing electric vehicles in the next 5-6 years and have already established that there will be massive support from the government that will be required in order to achieve the target of full fleet electrification of the fleet by 2030. 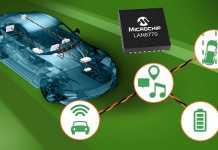