Electric Scooters are Ready to Redefine the Indian Automobile Stratosphere 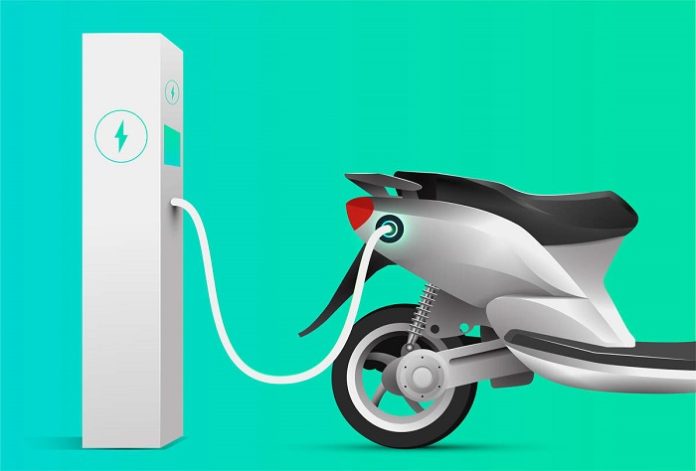 Over the past few years, the anticipation of a flourished Electric Vehicle ecosystem in India has been off the charts. In fact, India has potently come forth with the desire to become an EV hub. The ‘Make in India’ standpoint has extended the platforms, and new players are emerging with promising prospects, significantly in the EV domain.

ELE Times Sub Editor and Technology Correspondent Mayank Vashisht got the opportunity to have an insightful conversation with one such emerging player in the Indian EV spectrum, Anmol Bhore, MD & Co-Founder, Enigma Automobiles Private Limited. Anmol reflects on the market penetration of electric scooters and bikes in India and the roadblocks that this vertical faces, and how much the support from the government is actually supporting emerging players like Enigma.

ELE Times: The national government has launched stringent policies to curb vehicular emissions. In particular, the jump from Bharat Stage V (BSV) to BS-VI emission standards. Does this policy, among others, have helped push the growth of the Indian electric scooter and motorcycle market?

Bharat stage VI norms are two stages ahead of the present norms in regulating the emissions. The Bharat stage is standards instituted by the government to control the emissions of air pollutants from motor vehicles rather than a segment promotion. Compliance with BSVI norms will require higher investment in technology to upgrade vehicles in stock and making new vehicles. This will also mean fewer launches till the deadline. In particular, the jump in emission standards is expected to benefit the Indian electric scooter and motorcycle market by raising the prices of petrol-driven two-wheelers by 7 to 15%. Automakers are only allowed to sell BSVI-compliant vehicles in the nation, driving the push towards electric variants.

ELE Times: Despite the multifarious advantages of e-scooters and bikes, why these nature-friendly vehicles do not come in the Indian consumer’s preference index above the Combustion engine vehicles?

Electric bikes are still behind the curtains in India, which is not the case in other countries. However, with pollution as its peak, global warming effects and pandemic pressing the need for greener countries, people have understood there is no alternative to electric vehicles – the future is green! The earlier constraints were technology and performance; people are used to the fuel engines as they are more powerful. Also, if you are running on an electric machine and run out of battery, it will take you hours to charge it but only a few minutes or seconds to refuel your diesel or petrol engine. The charging infrastructure too in India is in its developing stage. Apart from this,  affordability was also a very key factor.

India’s electric vehicle scenario with government and investor focus has charged up. The technology is now being made affordable and with a huge chunk of new start-ups coming in the sector, the earlier issues like availability of spares and service centre are being sorted. People tend to trust what they see, and it will take a minimum of 5 years for electricity to reach the penetration of ICE.

ELE Times: What Roadblocks do the Indian e-scooter and motorcycle industry have to face because of the unprecedented outbreak of COVID?

The pandemic has catalysed the long-awaited EV boom in India. Previously, many consumers expressed generalized concerns over sustainability, but those concerns did not translate into action when buying their EV bikes/Cars. The changing mobility patterns and growing awareness for the environment have accelerated EV automakers’ sales in India.

While the demand has pushed the EV industry, the sector faces several manufacturing challenges. The EV industry which is dependent on China to import cells, battery and other electronic components and sensors, faces a prolonged slowdown. The supply chain disruption has disrupted the entire ecosystem. With the lockdown, and migrant labour scenario, the availability of blue-collar workers too had become/is becoming a challenge. Another roadblock is the inflation-related price hike without any value addition to the products. This deters the consumers buying behaviour. With the ecosystem getting disrupted, the sector overall faces several operational challenges to keep it going even now.

ELE Times: Do you feel that that e-scooters can achieve strong market penetration in India in comparison to combustion engine scooters in the coming year? How would you support your answer?

There are increasing government policies supporting battery-powered vehicles, growing awareness towards the environment, and adding more to it is the increasing petrol prices, that has boosted the e-scooter Industry in India. The future growth is strongly connected to government-industry collaboration, increased affordability for both manufacturers and consumers and change in environmental awareness. e-Scooters, with its low running cost, negligible maintenance cost and new-age subscription models, shall be the game-changer for the EV industry.

ELE Times: How do you see the E-scooter and motorcycle market in India?

The EV industry is growing and has a very promising future. Enigma automobiles have sold its cumulative sales of the past four months in the month of August alone, and we are set to keep on repeating the same. We are already in talks with an Australian company for new graphene batteries for Indian markets. With the advent of affordable technology, growing infrastructure and government-sponsored schemes, Companies like us are determined to break the stereotypes and bring on a change that shall redefine the stratosphere of the Indian Automobiles Segment.

ELE Times: Do you feel that the assistance the Indian government is providing under the ‘Make India” initiative for the companies like yours is up to the mark? What do you feel that can be done on the government’s end that can secure the future of the Indian E-scooter/bike market?

With the Make in India stance, there is the emergence of Indian EV players in the markets. However, it is going to take quite a few years for brands to localize everything in India. This is where the Industry and government need to work together to let the actual make in India happen. On the business scenario, as of now the benefits are only for the players with deeper pockets. Things are moving very slow; for example, the amount sanctioned under the CGT SME scheme for smaller businesses, comes with a tedious procedure involved which makes it all a prolonged approach. But yes, things are changing, and we are looking forward to various schemes like the recently announced PLI scheme to benefit aggressive companies like us.

ELE Times: What new technologies your company is incorporating in your EVs compared with your contemporaries?

Enigma Automobiles has made its mark in the Industry in a very short span of time, with technologically enhanced, feature-rich, and affordable electric scooters. We were the first to introduce reverse gears, cruise control buttons, and better suspension to our bikes. We also came up with hill assist about two years ago, which brands are focussing upon now. Our vehicles now have automatic cruise control; twist the accelerator and hold it in the same position for two seconds, and the vehicle will go into automatic cruise mode. We are striving to provide better technology & the best of service to our customers.