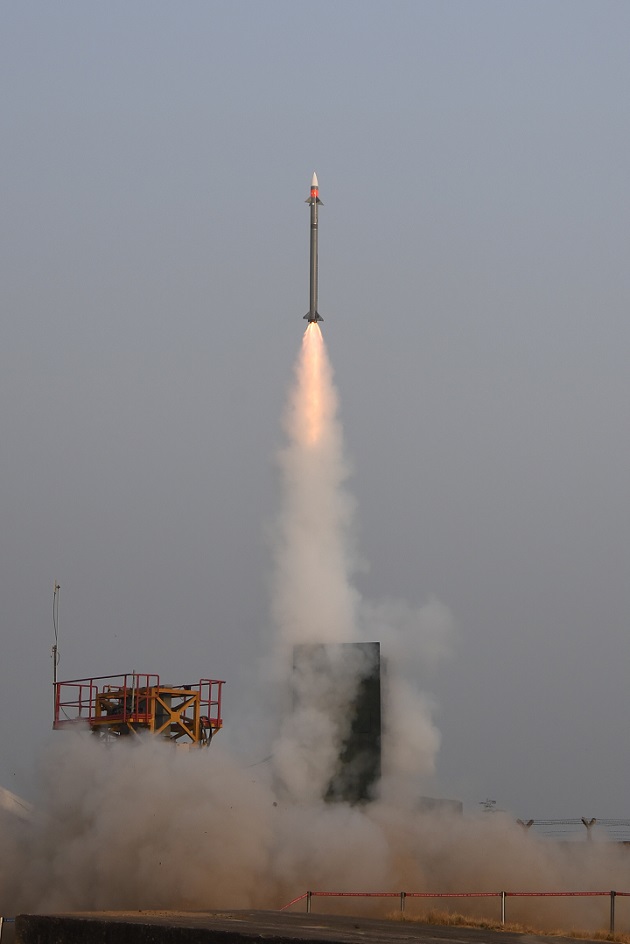 DRDO has started tendering process for a Truck based mobile mast system that will incorporate an elevated radar antenna that is gonna be part of the XRSAM (eXtra Long Range Surface to Air Missile) Air Defence Weapon system. As per reports, Skid based Telescopic Mast system will be 30 m when expanded and should weigh around 27.5 tons with its 530kg payload.

A 5m reflector antenna or a dish antenna will be mounted on the base pillar. The mobile mast system will use a rigid base support frame built as a semi-trailer, which mounts the elevating mast. Elevating a radar antenna by using a mast will directly increase the useful range against a low altitude target. It also aids in the detection of high flying targets at much longer ranges, by reducing the necessary depression angle of the antenna boresight required to see such targets.

Mobile mast systems likely will have a low altitude acquisition radar that is quite effective in the mountainous terrain or in heavily forested areas where the system needs to see beyond treetops in typical rural forested terrain. DRDO seems to be investing in such a complex high payload mast system, considering that it will be suitable for deployment in often complex terrain, and in often highly adverse climatic and weather conditions.

XRSAM Air Defence System will need to be deployed in both the eastern and western borders of the country. while western borders largely have flat terrain, for the eastern border that has widely diverse geography in the Himalayan range, such Mobile mast systems might have their advantages.

What’s XRSAM?
The winning vendor of the tender will have to conclude and deliver the system in 10 weeks from the time he is awarded the contract that confirms that the missile system might go into developmental trials later in a year or 2022. XRSAM Air Defence System is India’s first long-range air defence interceptor missile currently under development by India’s state-owned DRDO.

XRSAM will have a range of 350km for fixed-wing aircraft and a 250km range against manoeuvrable aircraft. XRSAM is also fine-tuned to take down low-flying subsonic cruise missiles.