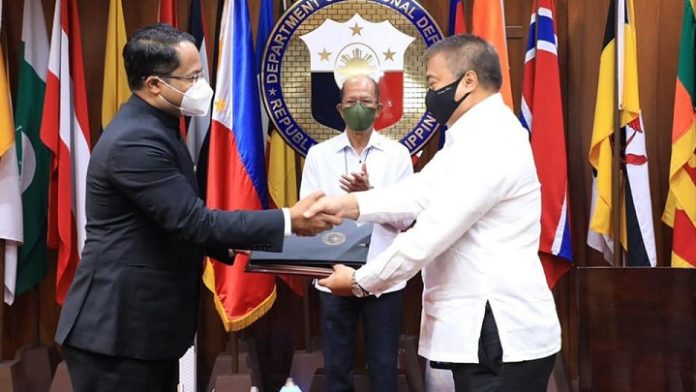 India and the Philippines have signed an agreement for a potential supply of BrahMos cruise missiles, jointly produced by India and Russia, that the Philippine government hopes will help boost coastal defence, said a report.

Philippine Defence Undersecretary Raymund Elefante and Indian Ambassador Shambu Kumaran signed an implementing agreement on March 2 at Camp Aguinaldo, headquarters of the Armed Forces of the Philippines, according to the Philippine Department of National Defence on Facebook, the report said. The agreement involved the procurement of defence material and equipment by the Philippines from India, it said describing India as “an emerging superpower rival of China in Asia.”

“We are buying the BrahMos missiles,” the report quoted Philippine Defence Secretary Delfin Lorenzana as saying. Lorenzana witnessed the signing ceremony but he did not give details of the procurement plan.

India has been looking for buyers for its Brahmos missiles for several years. New Delhi is also hoping to make a mark in defence production and emerge as a weapons and hardware producer rather than a top buyer of foreign-made defence equipment. Prime Minister Narendra Modi has set the Indian industry a target of exporting $5 billion worth of “Made in India” defence hardware by 2025.

Lorenzana said the agreement served as a guide for the Philippines and India on “Policies and procedures in the defence procurement.” It also serves as a “legal framework for the procurement under the government-to-government modality,” he added according to the report.

The missile system can be used for coastal defence and ground attack, is expected to boost the Philippine’s military firepower in the face of threats to its maritime territory, mainly due to the aggressiveness of China, the report said.

On separate occasions in January this year, Ambassador Kumaran and BrahMos Aerospace chief executive and managing director Sudhir Mishra visited the Philippine Army and Philippine Marines, the potential users of the BrahMos missiles, it added.