Domestic Entities to make satellite together with ISRO 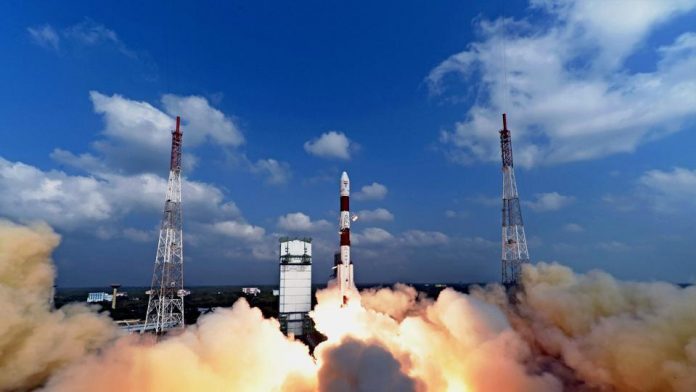 The Indian Space Research Organisation has opened the door to domestic entities that can give it up to 18 spacecraft a year starting mid to late 2018.

The Bengaluru-based ISRO Satellite Centre (ISAC), which has so far produced about 90 Indian spacecraft, on August 28, 2017, invited single or combined industries to apply for this opportunity.

ISAC Director M. Annadurai told the media, that the centre expected to select five or six contenders from this exercise “if they are found technically suitable.”

ISAC would sign a three-year contract with the finalists, train, handhold and supervise their teams in making its range of satellites at its facility.

The first lot of spacecraft from this exercise was expected in about six months from the signing of the contracts. This is also roughly the normal time taken to assemble a satellite.

However it will be decided by an in-house committee” which he heads.

About the cost of industry-made spacecraft versus those made in-house, he said: “We don’t envisage any cost increase.” Currently, about eight satellites are being produced in a year for national programmes; a 2,000-kg spacecraft costs ISRO about ₹200 crore.

The contract mentions milestone payments, assigning of new spacecraft upon delivery; and a possible renewal of contract after three years.

How would the exercise benefit ISRO or ISAC which has around 900 engineers versed in different skills related to spacecraft?

“Right now, the manpower of ISAC/ISRO is not adequate for meeting both the increased load of making more satellites; and also for the R&D that we need for future satellites. The present bid to outsource our AIT will help us re-deploy our human resources effectively and focus on R&D,” he said.

It would also aid self-reliance by way of an independent Indian satellite industry.

Although the goal is to get vendors to realise satellites “end to end”, ISAC would retain important and scientific missions.

In the $ 339-billion global space industry, satellite manufacturing accounts for 8% or $13.9 billion (data as per the Satellite Industry Association’s 2017 report).

This segment is led by established players from the United States and Europe who supply satellites to their government and commercial users.

ISAC’s EoI is seen as a first step towards the making of an Indian space industry.