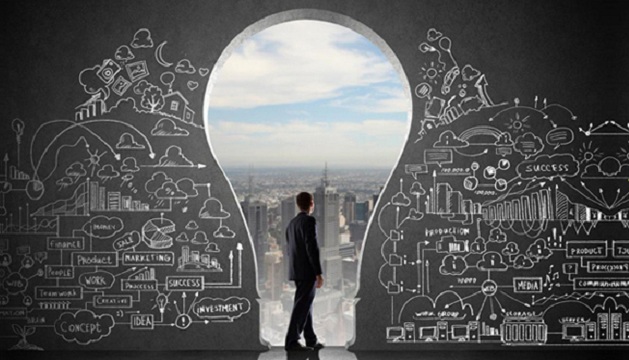 A disruption in lighting technology, Light-Emitting Diode, or LED is synonymous with efficient lighting or power efficiency. The coming-of-age journey of the LED saw a tiny indicator red light in switch boards and devices to have emerged into a mainstream lighting technology. It is today a $112 billion global lighting industry which is constantly working to improve clarity, brightness and efficiency.

Nick Holonyak, Jr, a scientist work with electrical company GE on October 9, 1962, demonstrated the first practical visible light-emitting diode (LED). At GE, it was called “the magic one.” Holonyak foretold that LEDs will replace incandescent lamps, changing the world of lighting forever. LED, after that, has walked across innumerable gates of change and alterations. The only thing that has been constant with LEDs is its consistency in changing and evolving into a technology that has challenged the entire conventional lighting idea. In India Light Emitting LED, a nascent market four years back in India, is today poised to take India to a leading spot in the global LED bulb market.

The Government of India’s target is to replace 77 crore incandescent bulbs in India with LEDs by 2019 which will lead to an expected decrease in mounted load of 20,000 MW with an annual estimated savings of over 100 million kwh and an annual reduction of ₹400 billion (US$6.2 billion) in electricity bills. And as of 31st March 2017, 33.29 crores of LED bulbs have been sold across the country.

The LED market has emerged as one of the fastest growing industries in India. This has been driven by factors such as falling prices of LED lights, aggregated initiatives taken by the government and rising concerns with respect to power preservation.

The LED lighting module market, including flexible LED strips, reached nearly US$4 billion in 2016 and will grow to US$13.8 billion by 2022, according to Yole’s Solid State Lighting team. “LED technology is increasingly penetrating general lighting applications, thanks to how easily integrators can use it,” announced Pierrick Boulay, Technology & Market Analyst, Solid-State Lighting at Yole. “The LED lighting module market will therefore deliver a 22.6% CAGR between 2017 and 2022.”

National LED programme was introduced on January 5, 2015. The programme aims to install LED bulbs for domestic and street-lighting in 100 cities across India for reducing energy consumption. Along with this programme, PM launched scheme for Light Emitting Diode (LED) bulb distribution under the Domestic Efficient Lighting Programme (DELP), (later christened as “Unnat Jeevan by Affordable LEDs and Appliance for All, UJALA” on May 1, 2010,) a web-based system to enable consumers in Delhi area to register requests for procuring LED bulbs under the scheme.

Under Domestic Efficient Lighting Programme (DELP), around 4.77 crore units have been installed and 5.51 lakh units under Street Lighting National Programme (SLNP) around by January 15, 2016. This has helped immensely in lowering a peak demand of 1,547.2 MWs.
With the implementation of the UJALA scheme, it has been predicted that it will help in saving of energy around 24 crore units every year. This has encouraged a number of LED manufacturing and assembling plants to emerge in India over the past few years.

“The atmosphere has been very favourable and the timing has been perfect with global transition and technology up gradation. The LED industry was itself going to transform in a big way”, says Sunil Sikka, President, Havells India, one of the top players in the LED industry today, running at a rate of 2.5-3 million LED lamps.

Lighting company, Havells India expects 70 per cent of the total lighting revenue to come from LED business and the growth has been in excess of 20 per cent. The potential has been so high, that the company runs two separate dedicated plants for lighting, out of 15 total units across India.

“In last two years, the government has emerged as a big buyer constituting about 33 per cent of our business”, says Harsh Chitale, VP & MD, Philips Lighting India, which witnesses a favourable transition from conventional to LED.

“The company holds about 25 per cent of the market share of LED lighting and has made a high double-digit growth in last two years and it is running at its full capacity in the country to match the surge in demand. We have seen a massive shift in market towards LED lighting in the last two years. In the consumer segment, about 30 per cent of the lights sold today are LED bulbs”, says Harsh.

Like Philips, there are other global players like OSRAM and Crompton who have increased their base of LED production in the market, cashing big numbers, in the count of last few years.

New players has also arrived in the manufacturer’s ring since 2010 which was otherwise a small market till then. Bajaj, Wipro, Philips, came into manufacturing, who were earlier procuring the material from the vendors.

During FY 2015-16, Bajaj Electrical Lighting business achieved a turnover of Rs 615 crore with growth of 20 per cent. This growth was credited to the steep increase in LED turnover to Rs 112 crore from Rs 18 crore the previous fiscal , which includes sales of Rs 61 crore to EESL.