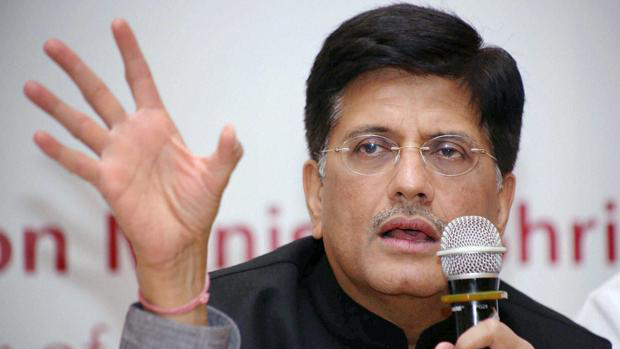 State-run Energy Efficiency Services Ltd (EESL) will distribute LED tube lights at Rs 230 per unit to consumers through discoms and other marketing channels, Parliament was informed on December 05, 2016.

At present, the retail price of LED tube lights of 20 W ranges between Rs 700-800 per unit. The consumers would get these lights at one-fourth of the market price and that too without any subsidy.

“EESL plans to distribute LED tube lights of 20 watts to consumers at an upfront cost of Rs 230 per unit,” Power Minister Piyush Goyal said in a written reply to the Rajya Sabha.

According to the statement, these tube lights have a technical warranty of 3 years against defects. The distribution of LED tube lights will be done by EESL in the same manner as under the Unnat Jyoti By Affordable LEDs For All (UJALA) scheme, which provides LED bulbs to domestic consumers at an affordable price.

Earlier in August this year, EESL received bids as low as Rs 140 per unit for supply of these tube lights. The economy of scale helps EESL reduce procurement price of energy efficient appliances.

As per estimates of EESL, the replacement of conventional tube lights with LED ones will result in annual average saving of around Rs 350. Thus, a consumer would be able to recover the cost within 7-8 months.

ESSL has already brought down the retail price of 9 watt LED bulbs under UJALA scheme to as low as Rs 65 per unit to encourage consumers to opt for these energy efficient lights.

The aggregation of demand and bulk procurement have resulted in reduction of 88 per cent in procurement prices of LED bulbs from Rs 310 per piece (in February 2015) to Rs 38 (in August 2016).

Retail price of LED bulbs has been reduced to Rs 65 from Rs 550 during the same period.

The government wants to replace all the 77 crore incandescent bulbs sold in India with LED bulbs under this scheme. This will result in reduction of 20,000 MW load, energy savings of 105 billion kwh and Green House Gas (GHG) emissions savings of 80 million tons every year.

The annual saving in electricity bills will be Rs 40,000 crore, considering an average tariff of Rs 4 per kwh.

Each LED bulb helps a consumer save anywhere between Rs 160 to Rs 400 every year and has a life expectancy of 25,000 hours, thus making the cost recovery less than a year.