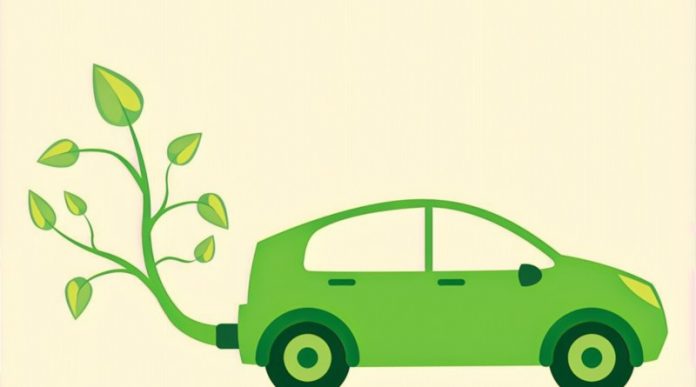 The Government of India’s 2018 Sustainable Alternative Towards Affordable Transportation (SATAT) scheme to promote Compressed Biogas (CBG) as an affordable transport fuel, made from farm and municipal solid waste, is becoming more relevant as the soaring petrol and diesel prices are jeopardizing the economic revival of the country.

There is broad recognition today that SATAT as a national development program will benefit vehicle users, farmers, and entrepreneurs alike.

CBG is considered to be a valuable component of India’s future green mix. Under the SATAT scheme, the government envisages the setting up of 5,000 CBG plants in the next 5 years with a production target of 15 million tonnes.

Under this initiative, PSU oil marketing companies had invited Expressions of Interest (EoI) from potential entrepreneurs to set up CBG production plants and offer CBG in the market for use in automotive fuels.

This has the potential to boost the availability of more affordable transport fuels, help make better use of agricultural residue, cattle dung, (providing additional revenues to farmers), and municipal solid waste.

Letters of Intent (LoI) for more than 600 CBG plants have already been issued by the ministry of petroleum and natural gas and it has also signed a Memorandum of Understanding (MoU) with leading oil and gas companies as well as technology providers to establish CBG plants under this initiative.

The government will also soon allow the opening of retail outlets for selling compressed biogas (CBG) reports on the announcement indicated, adding that CBG can supplement CNG for running vehicles.

India’s fuel consumption in January 2021 registered its first month-on-month decline in five months, as an uptick in global oil prices posed a roadblock to a gradual recovery in demand from the world’s third-largest oil consumer.

Diesel consumption, a key parameter linked to economic growth and one that accounts for about 40 percent of overall refined fuel sales in Asia’s third-largest economy, declined 2.3% percent year-on-year to 6.80 million tonnes.

Sales of petrol rose by about 6.1% from a year earlier to 2.61 million tonnes. Sales of cooking gas, or liquefied petroleum gas (LPG), increased by about 2% to 2.49 million tonnes, while naphtha sales fell by 10.6 % to 1.27 million tonnes

Echoing the urgency and priority a busy Indian policy laboratory has placed on this emerging situation, India’s minister for petroleum, natural gas, and steel, Dharmendra Pradhan, has warned that the rising oil prices could dampen the road to recovery of a global economy ravaged by the COVID-19 pandemic.

The Government of India’s policy laboratory has indeed been quite busy. Within the broad area of transportation, which is a crucial element in India’s city and urban development-centric new economic paradigm, the focus has been to lower the dependence on crude oil imports.

India has been promoting ‘Waste-to-Energy’ projects using bio-methanation since 1982. More recently, CBG became a valuable component of India’s future green-mix, as outlined in the SATAT scheme

Research suggests that CBG, though similar to CNG, offers better calorific value and can thus be used as green fuel in automotive, industrial and commercial sectors.

This is expected to create both greener fuels and new employment opportunities across the nation’s vast rural hinterlands.

Both CNG and CBG are methane-based gases. While CNG, like gasoline, comes from under the ground, CBG can come from waste or other biological material on the ground and it is a CO2-neutral fuel. CBG can be made from rice stubbles. This can also help control air pollution, like the burning of the rice stubble in several northern states is seen to be contributing to high levels of air pollution in the country’s national capital region.

Apart from this, CBG will also help increase the incomes of farmers by lowering fuel costs and create new job opportunities in rural India.

Alternative, renewable fuels are in a sweet spot in India, if one may call it that, helped in no small measure by great policy urgency and a more open embraced by the country’s transportation sector, which together is creating positive momentum for India to achieve its e-renewable energy target of 450 gigawatts by 2030.