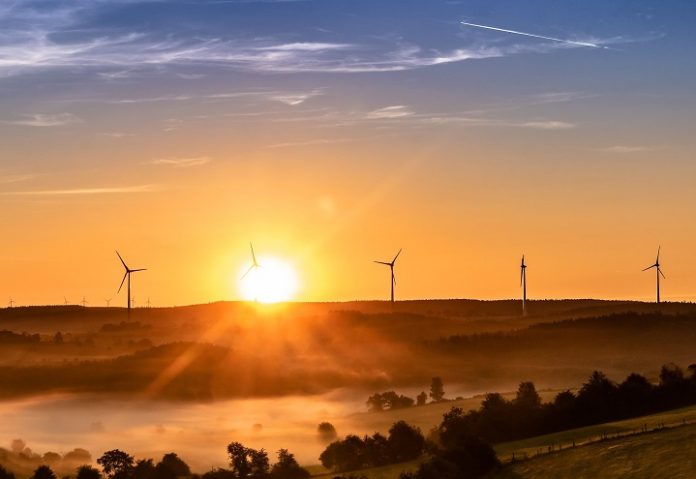 India, with its rapidly developing economy and a population of more than 1.3 billion, epitomizes this trend. The country finds itself at a crossroads regarding its energy future: Small decisions today will resound in the coming years.

In the latest report, the Indian government set a target of 450 gigawatts of renewable energy capacity by 2030. For comparison, the country’s total energy generation capacity today is about 380 gigawatts, out of which 90 gigawatts are of renewable energy, not including large hydropower stations. How this plan shapes up will dictate how many fossil-fuel powerplants they can avoid building.

It’s ambitious. But based purely on economics, UC Santa Barbara’s Ranjit Deshmukh, and his co-authors Duncan Callaway and Amol Phadke, think India should in fact double down on renewables. Their counsel stems from an exhaustive analysis of India’s power usage, weather patterns and energy infrastructure.

The results indicate that while renewables won’t obviate the need for some additional fossil-fuel power plants, the country is well-positioned to take advantage of green energy sources.

Mitigating carbon emissions is only one concern when it comes to developing countries like India. “Most of these countries have low historical carbon emissions compared to more industrialized countries,” said Deshmukh, an assistant professor in the Environmental Studies Program. “So, the approach we take is that if renewable energy makes economic sense, then those countries should deploy more of it.”

Because the cost of wind and solar, as well as battery storage, are dropping so rapidly, Deshmukh explained, it’s actually cost-effective to install these technologies instead of conventional fossil fuel technologies, like coal and natural gas, regardless of environmental considerations.

To arrive at these conclusions, the researchers created a comprehensive model of India’s electricity system. They developed estimates of the country’s solar and wind resources using spatial analysis and weather data along with India’s existing energy capacity and predictions of its energy demand in the future.

For each possible renewable energy target and mix of wind and solar capacity, the model determined the amount of new conventional capacity needed to meet the demand for all hours of the year.

“The model’s unprecedented detail on wind and solar resource availability provided a foundation to explore how a range of important scenarios for India’s load growth and technology costs could influence the future of India’s power sector,” said Callaway, an associate professor of Energy and Resources at UC Berkeley.

Deshmukh and colleagues found that, contrary to prevailing assumptions, meeting high renewable targets would not avert the need to build a significant number of fossil fuel power plants, due to India’s specific weather patterns and the requirements of meeting peak electricity demand. However, avoiding new fossil fuel capacity isn’t the entire picture, he claimed.

Energy sources like solar and wind pose a challenge to grid operators, as they can only provide energy under certain weather conditions, which don’t always align with energy usage. This means even the most progressive power grids have to include conventional power plants, like coal and natural gas, that can supply electricity on demand.

“You can harness a significant amount of renewable energy, but it may not avoid much of the planned fossil fuel capacity,” said Deshmukh. “But does that mean you shouldn’t develop renewable energy? No. The more renewable energy capacity you install, the less often you need to run those coal plants.”

This small nuance can make a great deal of financial difference. India may need to build more conventional power plants to meet peak demand regardless of its investments in renewable capacity. That said, renewable energy has become cheaper than conventional energy sources simply by avoiding the cost of fuel that would otherwise need to be mined or, in the case of natural gas, imported to generate the same electricity.

Based on his simulation of a few hundred scenarios, Deshmukh and his colleagues contends that India could increase its target to 600 GW of renewable capacity by 2030 and increase the cost to its consumers by only a small amount—or in many cases actually decrease the cost.

What’s more, with its pronounced seasons, India is also well situated to harness the glut of wind energy available during the monsoons, Deshmukh explained. And while the wind may not blow year-round, when it does blow, it is more consistent than the sun, which goes away at night. That means grid operators can plan to shut down coal plants during the monsoons in a way that simply isn’t possible right now with solar energy.

Further, most wind sites that are likely to be developed in India would generate more energy from the same amount of generation capacity compared to solar.

In this light, Deshmukh recommends the country shifts its targets, which currently stress solar capacity, more toward the wind. “Wind-dominated or balanced wind and solar, targets are more economical and require fewer coal and gas plants,” he said. That said, improved battery storage could make solar more competitive.

Batteries are becoming a cost-effective tool for smoothing differences between energy supply and demand. They can store clean energy for times of peak demand, averting the need to call on conventional power plants, especially the expensive ones that will be operated infrequently.

Without this ability to store and shift energy, renewables may not be able to prevent the need for building new coal and natural gas power plants if India hopes to meet peak demand.

Fortunately, prices are already becoming so low that it will soon be less expensive to install batteries to store energy when demand is low compared to increasing power production when demand is high. This will shift economic factors even more toward renewable energy.

The study relies on past weather data rather than forecasts, but scientists know weather patterns are changing worldwide especially India’s monsoons. Deshmukh recognized the limit this placed on his results, adding that he plans to incorporate predicted weather patterns into upcoming research.

In fact, he and his colleagues have already developed a new model that will enable them to simulate India’s future electricity system under varying conditions. He intends to use it to explore the effects of decarbonization on the country’s energy market as well as local environmental impacts and make it available to policymakers and planners drafting future investments.

Deshmukh, who grew up in India, has strong ties with the officials at the Power Systems Operation Corporation, which manages the country’s power grid, ensures its energy needs are met and plans for future development. He has collaborated with them and other researchers on past studies, workshops and software products.

He has also shifted his attention toward Southern Africa, where he is analyzing the future electricity systems of 12 countries. He’s curious what effect low-cost wind and solar can have on the region’s energy development plans. A regional grid with limited transmission capacity connects some of these nations, and Deshmukh believes developing this grid to its full potential could be crucial to the region’s low-carbon future.