Bringing a Power Tool from Math into Quantum Computing 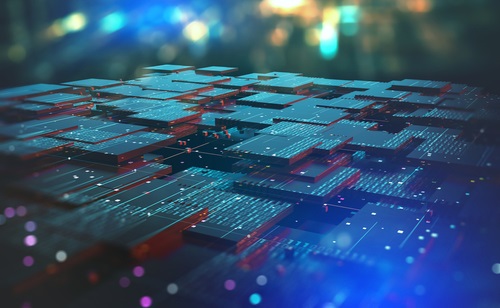 The Fourier transform is an important mathematical tool that decomposes a function or dataset into a its constituting frequencies, much like one could decompose a musical chord into a combination of its notes. It is used across all fields of engineering in some form or another and, accordingly, algorithms to compute it efficiently have been developed—that is, at least for conventional computers. But what about quantum computers?

Though quantum computing remains an enormous technical and intellectual challenge, it has the potential to speed up many programs and algorithms immensely provided that appropriate quantum circuits are designed. In particular, the Fourier transform already has a quantum version called the quantum Fourier transform (QFT), but its applicability is quite limited because its results cannot be used in subsequent quantum arithmetic operations.

To address this issue, in a recent study published in Quantum Information Processing, scientists from Tokyo University of Science developed a new quantum circuit that executes the “quantum fast Fourier transform (QFFT)” and fully benefits from the peculiarities of the quantum world. The idea for the study came to Mr. Ryo Asaka, first-year Master’s student and one of the scientists on the study, when he first learned about the QFT and its limitations. He thought it would be useful to create a better alternative based on a variant of the standard Fourier transform called the “fast Fourier transform (FFT),” an indispensable algorithm in conventional computing that greatly speeds things up if the input data meets some basic conditions.

To design the quantum circuit for the QFFT, the scientists had to first devise quantum arithmetic circuits to perform the basic operations of the FFT, such as addition, subtraction, and digit shifting. A notable advantage of their algorithm is that no “garbage bits” are generated; the calculation process does not waste any qubits, the basic unit of quantum information. Considering that increasing the number of qubits of quantum computers has been an uphill battle over the last few years, the fact that this novel quantum circuit for the QFFT can use qubits efficiently is very promising.

Another merit of their quantum circuit over the traditional QFT is that their implementation exploits a unique property of the quantum world to greatly increase computational speed. Associate Professor Kazumitsu Sakai, who led the study, explains: “In quantum computing, we can process a large amount of information at the same time by taking advantage of a phenomenon known as ‘superposition of states.’ This allows us to convert a lot of data, such as multiple images and sounds, into the frequency domain in one go.” Processing speed is regularly cited as the main advantage of quantum computing, and this novel QFFT circuit represents a step in the right direction.

Moreover, the QFFT circuit is much more versatile than the QFT, as Assistant Professor Ryoko Yahagi, who also participated in the study, remarks: “One of the main advantages of the QFFT is that it is applicable to any problem that can be solved by the conventional FFT, such as the filtering of digital images in the medical field or analyzing sounds for engineering applications.” With quantum computers (hopefully) right around the corner, the outcomes of this study will make it easier to adopt quantum algorithms to solve the many engineering problems that rely on the FFT.