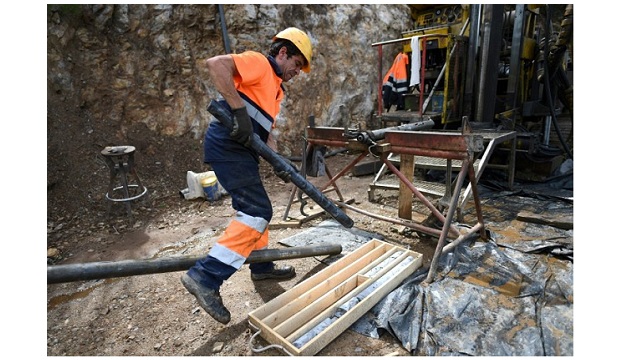 Mining firms are racing to open new lithium mines in Portugal, already Europe’s biggest producer of the commodity, thanks to the surge in popularity of electric vehicles powered by lithium-ion batteries.

“The more we drill, the more we find,” says David Archer as he stands at the foot of a drilling crane perforating the granite rock of mountains near Boticas in northern Portugal to measure its lithium content.

Savannah Resources wants to produce a mineral concentrate rich in lithium in Portugal for export. The metal has become a form of precious white gold since demand for electric batteries has taken off.

The company announced that lithium resources at its Mina do Barroso project there were 44 percent higher than previously estimated. “The battery sector exploded and created a real appetite for lithium,” says Lucas Bednarski, managing director of market research site Lithium Today.

For almost a year now Sefcovic has been working on a project to build in the EU a new generation of “green” recyclable and reusable batteries. The first step requires reducing the bloc’s dependence on imported battery components. The EU imports 86 percent of the lithium it consumes, mainly from Chile and Australia.

The rush is already under way in Portugal. The projects at Boticas and Montalegre are expected to get the green light from investors and the authorities in the coming months.

The government will launch calls for tenders for lithium prospecting rights at a dozen other sites to respond to “big investor appetite”, Portugal’s Secretary of State for Energy Jorge Seguro Sanches told AFP.

It also wants to “seize the opportunity to develop industrial sectors linked to the transformation of the mineral, to battery production, to the auto sector and renewable energy,” Sanches said. Savannah Resources wants to produce a mineral concentrate rich in lithium in Portugal for export.

Lusorecursos’ project at Montalegre is even more ambitious as it wants to build a factory that can transform lithium before selling it to battery makers.