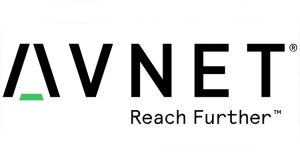 “The phenomenal demand for devices like smartphones, tablets, wearables and IoT-enabled solutions has compounded designers’ long-standing mandate for ‘smaller, faster, cheaper,’” said Lynn Torrel, senior vice president, semiconductor business development worldwide for Avnet. “Silego’s unique CMIC GreenPAK platform and Integrated Power Switch (IPS) portfolio provide designers with new levels of configurability, power and performance that can significantly accelerate and optimize the development of truly differentiated devices and systems. We appreciate the trust Silego has demonstrated in Avnet with this exclusive agreement and are looking forward to a long and prosperous collaboration.”

“Silego not only created the world’s first family of Configurable Mixed-signal ICs, but also enabled a paradigm shift for designers,” said John Teegen, chief executive officer, Silego. “This global and exclusive agreement enables us to leverage Avnet’s formidable field application engineering and prototyping resources to bring these benefits to many more customers.”

Commenting on the new agreement, Semico Research Principal Analyst for ASIC and SoC Rich Wawrzyniak, who had previously described Silego as “one of the best kept secrets in Silicon Valley,” remarked, “A global partnership with Avnet will certainly take away any secrecy about Silego and will provide the many benefits of Configurable Mixed-signal ICs to the market at large.”

Vishay Intertechnology to Showcase “World of Solutions” at ELECRAMA 2018