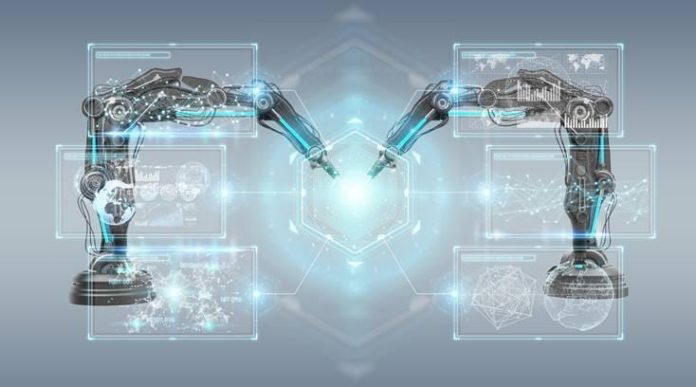 Robotic systems have been crucial to modern manufacturing since their introduction to the industry in 1961 by inventor George Devol. With the first manufacturing-centred robotics executing repeated, monotonous tasks, robots quickly replaced traditional assembly line workers and allowed for high-quality manufacturing processes that were safer, more efficient, and consistent.

As manufacturing robotics hardware and software improved, complex automated systems quickly became the standard for most high-end manufacturing processes. With the advent of Artificial Intelligence, autonomous robots in the manufacturing industry have become a new frontier for the industry with the same goals as their predecessors: to increase process safety, efficiency, and quality while limiting the impact of human-based challenges to manufacturing and facility management.

However, the implementation of autonomous robots can be very challenging and risky in some circumstances. This article explores the pros and cons of using autonomous robots and manufacturing and their potential value to the growth of Industry 4.0.

What Are Autonomous Manufacturing Robots?

The Cons of Autonomous Robots in Manufacturing

In some applications, such as warehouse inventory management, autonomous robots are more easily implemented and the factors that drastically increase costs can be mitigated. However, high-end applications such as automotive manufacturing can require fully custom turnkey autonomous robots that are specifically designed for highly specialized tasks.

Autonomous robots can be very challenging to operationally manage. While autonomous manufacturing robots aim to relieve humans of tasks, they require highly trained technicians to maintain them. In autonomous robotics, the hardware itself is often very complex and sensitive, requiring highly sensitive, high-throughput processors, sensors, and electromechanical systems. Additionally, the software that commands autonomous robotics is even more complex than the hardware, requiring data centers to train the AI models that autonomously control the robot. Any modifications to either the hardware or software systems require a team of technicians, engineers, and resources.

The Pros of Autonomous Robots in Manufacturing

One of the most impactful benefits of autonomous robots is that efficiency of monotonous tasks increases, allowing humans to better allocate their labor skills toward more effective jobs. Collaborative robots in manufacturing are essential to productivity and labor utilization. For example, an autonomous robot working in an assembly line may be able to complete tasks without constant supervision, allowing human labor to intermittently monitor many robots and work in conjunction with the autonomous robot by performing strategic, non-automatable tasks.

For the large amount of pride that humans have, they lack an equal amount of accuracy; humans make mistakes. Properly trained robots can significantly reduce error in the manufacturing process as they can be more sensitive to the conditions they are in, more accurate with the actions they take, and less prone to distraction, fatigue, injury, and bio-breaks.

Autonomous robots are not subject to traditional challenges associated with labor forces, such as merit increases, inflation costs, insurance, paid vacation, and so on. Additionally, autonomous robots can reduce the indirect operating costs of a company including supplies, utilities, office equipment, occasional pizza parties, and even parking space.

One of the most intrinsically valuable aspects of autonomous robots in manufacturing is their inherent contribution to increasing human safety. The most desirable job applications for industrial automation are high-risk manufacturing environments such as metal fabrication, transportation, food processing, chemical processes, and raw material processing. In any application where human life is at risk and action can be taken to preserve it, the upfront costs of moving towards automation often pale in comparison to the value of mitigating danger.

As the world continues to be more automated and documented, supply chain digitization strategies are quickly adopted. For example, automated package handling not only optimizes the actual process of moving the package, but also drastically improves the process of documenting the package’s handling. As automated robotics become more involved, they can simultaneously track packages digitally, therefore documenting every step of a package’s journey while ensuring operational supply chains are as optimized as possible.

Cost Versus Benefit of Robotics in Automotive Manufacturing

As is true with nearly all industries, there is always room for improvement in the world of autonomous robotics for manufacturing applications. The startup cost is oftentimes a barrier to entry for most companies, yet the value of implementing autonomous robots is apparent. The end-to-end improvements to Industry 4.0 processes and manufacturing supply chains can optimize labor productivity, increase human safety, reduce operating costs, and limit the risks of human error. Needless to say, manufacturing is hastily moving towards Industry 4.0 as the adoption of autonomous robots in manufacturing applications grows around the world, similar to how robots quickly grew in popularity in the mid-20th century.