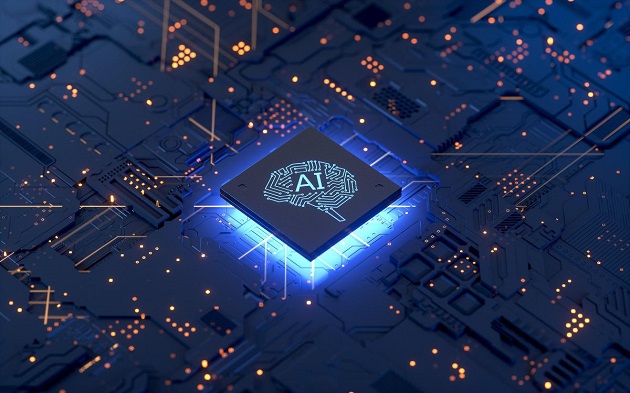 Artificial Intelligence (AI) is rapidly permeating the defence industry to aid and improve human decision-making. Over the past few years, several new products and technologies have come into play which indicates that this technology is on an upward trajectory.

AI has a clear edge in areas such as super-fast decision-making required in repetitive tasks and combining multiple data inputs from various sensors to throw up options for decision-making and even making some of these decisions by itself.

AI in defence has given rise to autonomous weapons, ones that act on their own based on programmed threats. In March 2019, the UN held a meeting to discuss a ban on autonomous weapons called by 25 nations which were opposed by the US, South Korea, Russia, Israel, China and Australia. These countries have made substantial investments in unmanned, autonomous systems:

UNITED STATES OF AMERICA
The US Pentagon plans to spend $2 billion on AI over the next five years through the Defense Advanced Research Projects Agency (DARPA). Its OFFSET programme, for example, is looking to develop drone swarms comprising of up to 250 unmanned aircraft systems (UASs) and/or unmanned ground systems (UGSs) for deployment across a number of diverse and complex environments.

The USAF is investigating how to control multiple unmanned drones from its latest fighter jets, the F-35A Joint Strike Fighter and the F-15EX. The drones are to act as wingmen to the manned fighters, scanning the skies for aerial threats which will then be acted upon by the manned fighters. The program would capitalize on the Air Force’s Skyborg AI program aimed at pairing AI with a human in the cockpit.

Efforts are on to incorporate Skyborg network into Kratos XQ-58 Valkyrie planned stealthy drone alongside manned fighters, so the machine can learn how to fly and even train with its pilot. The drones will then be sent out alongside F-35 Joint Strike Fighters or other fighters to scout enemy territory ahead of a strike, or to gather intel for the pilot in the formation.

DARPA is researching two self-flying devices under CODE (Collaborative Operations in Denied Environment) program that aims to create an autonomous aircraft for reconnaissance and to conduct airstrikes. The other is the Gremlins fleet of small aircraft that can be deployed and retrieved mid-air. The agency is also looking to automate air-to-air combat, enabling reaction times at machine speeds and freeing pilots to concentrate on the larger air battle, using AI.

In February 2019, the US Army Contracting Command called on potential vendors to submit ideas to help build its Advanced Targeting and Lethality Automated System (ATLAS), which will use AI and machine learning to give ground-combat vehicles autonomous targeting capabilities.

The US is also working on MIDARS, a four-wheeled robot outfitted with several cameras, radar, and possibly a firearm, that automatically performs random or pre-programmed patrols around a military base or other government installation. Other AI-powered automatons include Battlefield Extraction-Assist Robot (BEAR) to extract wounded soldiers from the battlefield and France’s Syrano to collect information in combat zones, especially in urban combat conditions, and more.

A couple of years ago, DARPA launched Anti-Submarine Warfare Continuous Trail Unmanned Vessel (ACTUV) program to develop “Sea Hunter” autonomous unmanned surface vehicle (USV) capable of operating for extended periods at sea without a single crew member,  to avoid collisions and to even guide itself in and out of port.

DARPA selected Northrop Grumman for the Persistent Aquatic Living Sensors (PALS) programme under which the company will develop biological sensing hardware using underwater biological organisms to detect underwater threats, this year. AI will be applied to observe patterns in the marine environment to help classify targets.

The US Navy’s new program, launched last December, seeks to apply AI to ocean data and thereby help submarine operators understand where their adversaries are, what they’re doing, and what they can see. AI technology has been woven into US Navy’s Littoral Combat Ships (LCS), and its new Ford-class aircraft carriers.

In 2017, US contracted Lockheed Martin and Boeing to begin working on the prototypes of XLUUVs (Extra-Large Unmanned Underwater Vehicles), named Orca and Echo Voyager respectively, keeping 2020 as the target for completion of the automated submarines.

At Paris Air Show 2019, Raytheon announced that it is working with the Pentagon’s V-22 Joint Program Office (JPO) to trial a new AI tool that will help technicians determine when key repairs need to be made to the multi-mode radar installed on the USAF’s fleet of Bell-Boeing CV-22 Ospreys.

DARPA’s Squad X Experimentation Program, which aims for human fighters to “have a greater sense of confidence in their autonomous partners, as well as a better understanding of how the autonomous systems would likely act on the battlefield,” is being developed in collaboration with Lockheed Martin Missiles.

Project Maven is a Pentagon project involving using machine learning and engineering talent to distinguish people and objects in drone videos, established in a memo by US DoD on 26 April 2017.

Envitia is using AI to task autonomous submersibles with hunting for underwater mines for the UK’s Royal Navy. Envitia is working with BAE System Applied Intelligence to deliver Route Survey and Tasking Analysis (RSTA) As part of the Mine Countermeasures and Hydrographic Capability (MHC) programme, RSTA will intelligently task a fleet of autonomous vehicles, utilising machine learning, to analyse mission conditions and improve the success rate of all its missions over time.

According to a report by Shephard Media published on July 1, UK’s Royal Navy is exploring the idea of incorporating AI to task Unmanned Underwater Vehicles (UUVs) to hunt underwater mines.

United Kingdom’s BAE Systems is developing “Taranis” drone designed to carry a myriad of weapons through long distances will have “elements” of full autonomy.

A mock-up of the European New Generation Fighter (NGF) was unveiled at the Paris Air Show 2019. The $74 million, two-year project to develop Future Combat Air System (FCAS) aimed at building a next-generation fighter that would act as a flying command centre for swarms of the fighter drones could incorporate AI.

This year, DARPA contracted  BAE Systems for the development of “Controllable Hardware Integration for Machine-learning Enabled Real-time Adaptivity (CHIMERA),” a technology that integrates machine-learning (ML) into platforms that decipher radio frequency signals. The company has also launched a new Robotic Operations Center (ROC) to customize and deploy suites of software robots that automate high-volume, repetitive tasks in support of US national security missions. The ROC, which builds on the company’s partnership with UiPath, leverages machine learning and robotic process automation (RPA) tools to transform large volumes of data into actionable intelligence.

CHINA
In 2017, a report published by SCMP stated that China plans to build XLUUVs capable of carrying a large amount of weaponry and equipment, and for use in automated ‘suicide’ attacks. The AI element of the submarines will need to carry out many tasks including navigating often unpredictable waters, following patrol routes, identifying friendly or hostile ships, and making appropriate decisions, the report said.

In addition, China is developing large, smart and relatively low-cost unmanned submarines that can roam the world’s oceans to perform a wide range of missions, from reconnaissance to mine placement to even suicide attacks against enemy vessels, according to scientists involved in this artificial intelligence (AI) projects.

The autonomous robotic submarines are expected to be deployed in the early 2020s.

At IDEX-2019, China displayed a model of a 20-ton unmanned warship with vertically launched missiles, JARI. It uses AI to autonomously navigate itself and track potential targets. The ship then launches an attack with missiles, torpedoes and guns when it receives a command.

China has an AI-technology based surveillance system capable of using body movements, iris scan and some other parameters to identify individuals in a crowd and track their every movement using GPS coordinates. It stores data such as name, age, address, place of work or study, movement across Hong Kong on a certain day, past police record and other information.

Regarding the application of artificial intelligence to weapons, China is currently developing “next-generation stealth drones” including, for instance, Ziyan’s Blowfish A2 model. According to the company, this model “autonomously performs more complex combat missions, including fixed-point timing detection, fixed-range reconnaissance, and targeted precision strikes.”

RUSSIA
Addressing the Importance of AI technology in 2017, Russian President Vladimir Putin said: “Whoever becomes the leader in this area (AI) will rule the world.”

In the same year, Russia unveiled its plan to develop a tactical missile inspired by America’s Raytheon Block IV Tomahawk cruise missile with the ability to switch targets mid-flight.

Russia’s Tupolev PAK DA next-generation strategic bomber will likely be equipped with AI-guided missiles with a range of up to 7,000 km (about 4,350 miles) to analyze the aerial and radio-radar situation and determine its direction, altitude and speed, General Viktor Bondarev, commander-in-chief of Russia’s air force said in 2017.

Moscow is also building its own robot submarine, the “Status-6.” Chinese naval magazine, zazhi.com.cn detailed the Status-6’s features in its report published in early 2018. It said that the nuclear-powered submarine’s weapon is likely to have an extraordinary range (10,000km), depth (1,000m) and speed (100 knots).

A new city named Era devoted entirely to military innovation is currently under construction. According to the Kremlin, the “main goal of the research and development planned for the technopolis is the creation of military AI systems and supporting technologies.”

ISRAEL
The main technical unit of the Israeli Defense Forces (IDF) and the engine behind most of its AI developments are called C4i. Within C4i, there is the Sigma branch, whose “purpose is to develop, research, and implement the latest in artificial intelligence and advanced software research in order to keep the IDF up to date.”

Israel was one of the first countries to “reveal that it has deployed fully automated robots: self-driving military vehicles to patrol the border with the Palestinian-governed Gaza Strip.”

Israel’s Harpy anti-radar “fire and forget” drone can autonomously fly over an area to find radar that fits pre-determined criteria and then unleashes a kamikaze (suicide) strike. Recently, Elbit Systems launched a multi-spectral photographic pod to be integrated on platforms such as F-16, Su-30 and B-737 aircraft for reconnaissance operations.