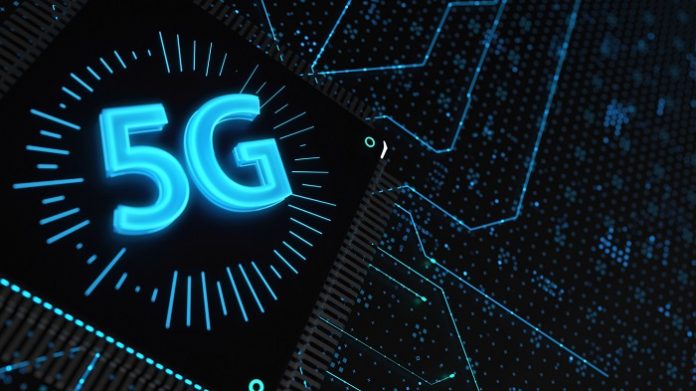 The Indian army, navy, and air force are likely to embrace the next generation (5G) technology to bring artificial intelligence (AI) and unmanned vehicles to centre stage in a bid to compete with the most advanced armed forces worldwide, according to a top official.
“Armed forces also will need to migrate to 5G network considering the use of unmanned vehicles and AI in future,” Ajay Kumar, Secretary, Ministry of Defence said, adding that, “the ministry will take necessary steps to take forward 5G connectivity with relevant use cases.”
Fifth-generation or 5G technology-driven telecom network is touted to bring low-latency communications to the mainstream with a range of enterprise-wide use cases across agriculture, manufacturing and retail verticals in addition to defence applications.
Kumar, however, added that the 5G is at a nascent stage in India yet, and no commercial deployment has taken so far in the country, while the Indian forces are keen to leverage the futuristic technologies.
In October last year, the US Department of Defence said it would spend $600 million for 5G experiments and testing at a few military sites, after increased efforts by China to make 5G a reality in many defence applications following investments in AI, quantum computing and under-sea cables.
Experts say that the move to adopt 5G technology and artificial intelligence would usher into entirely different use cases, and would eventually boost defence capabilities to pre-empt the enemy. The country’s defence-centric next-generation network would require new contiguous frequencies, and according to analysts, only highly efficient bands would make a suitable case for such a critical sector.
“A separate set of the spectrum may be taken for defence applications and protocols may be required to be modified to suit the confidentiality of communications,” Rakesh Malhotra, a Delhi-based telecom consultant said.
In 2018, the Telecom Regulatory Authority of India (TRAI) had recommended a 3300 -3600 megahertz band for the commercial 5G deployment in the country that included 100 megahertz held by the naval forces which have recently been vacated by the Ministry of Defence.
DoT Set To Earmark More Bands For 5G Under Updated Spectrum Allocation Plan
“We have had extensive discussions with the Department of Telecommunications (DoT), and agreed to vacate spectrum as per the mutual agreement,” the top official said. The Ministry of Defence would adhere to the network gear procurement process in accordance with the ‘trusted sources’ framework.
“The equipment procured through trusted sources needs to be considered,” Kumar added. Recently, the National Cyber Security Coordinator (NCSC) has laid down the framework for trusted sources to overcome backdoor apprehensions.
Kumar said that the ministry is in the final process of creating a robust Network for Spectrum (NFS) infrastructure consisting of fibre-based cable deployed by Bharat Sanchar Nigam Limited (BSNL) for armed forces. “A major portion of the NFS project is complete and we expect full completion shortly,” the official added.
In 2012, the MoD and DoT conceptualised a network to connect critical defence locations, under the NFS initiative including components such as optical-fibre backbone, satellite network, and network management systems.