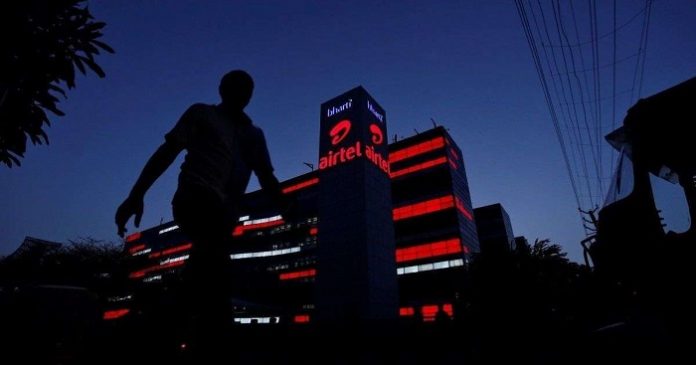 Bharti Airtel is planning to invest around Rs3,500 crore over three years to expand its data centre capacity between three and five times from the current 100 MW, in a bid to tap into the increasing need to store digital information locally amid a strong uptake in digital payments and the imminent launch of 5G services.

Airtel through its subsidiary, Nxtra Data Ltd, will build up to eight data centres, which would include parks as well…each data park could host up to 100 MW. Some of these could be data centre parks in Pune, Mumbai wherein the company has multiple buildings in one park.

Previously most of the digital content was not stored in India. But in the last year and a half, this content has started being stored locally, pushing demand for data centres, the person said.

“Until recently, most of the data being consumed in India was coming from overseas. We used to go to the Internet, pick it up from the Singapore data centre and then consume it.
Last year, US-based Carlyle Group bought a 25% stake in Nxtra Data for roughly $235 million, valuing the company at around $1.2 billion.

Airtel’s investment plans come at a time when the likes of Indian business house Adani and US software giant Microsoft are betting big on the segment.

India’s data centre industry is expected to grow to 1,007 MW by 2023 from its existing capacity of 447 MW, according to a report released by Chicago-based real estate and investment firm JLL. Growing digital connectivity, the rollout of 5G, IoT-linked devices, data localisation and cloud adoption will mean India’s data center sector will require an investment of $3.7 billion over the next three years in order to fulfil a greenfield development opportunity of 6 million square feet for the industry, it estimates.
Airtel then plans to then take the data to its edge data centres across smaller cities in the country.
Airtel has close to 130 data edge centres which together with its 10 large data centres have a total capacity of 100 MW.

This is a complex business and customers expect bundling the network, data centres, managed services and that is where Airtel has an edge over others.

The company has segregated its customers into large Internet companies which need a large part of space, a couple of floors and then a second type who needs their entire IT operations built and managed and another that is migrating to the cloud.

These third category clients are the ones who want to shut down their IT ecosystem and outsource to a data centre and this category is the biggest driver of data centre business in the country.

Earlier this year, the Adani Group entered the data centre business by forming a 50:50 joint venture with US-based EdgeConneX to build hyperscale data centre parks in six cities. According to media reports, Microsoft will shortly announce an investment of Rs 15,000 crore to set up a data centre in Telangana. Currently, large players in the local data centre market include Nxtra, NTT, ST Telemedia, Ctrls and Sify.

Airtel, on its part, plans to help its clients land their content on Indian shores using its submarine cables and then host that on its data centres.