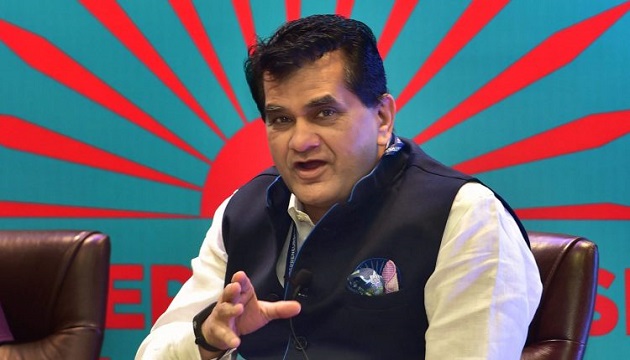 Asserting that there is no need for a policy for electric vehicles (EVs) as an action plan has been prepared, NITI Aayog CEO Amitabh Kant on February 15, 2018, said technology should not be trapped by rules and regulations.

He, however, added that a final call on EV policy will be taken by the government.

Replying to a query, Kant said instead of trapping technology in rules and regulations, focus should be on promoting new innovations.

Giving the example of Maruti Suzuki, he said India became the centre of compact car manufacturing.

“Government will make a final call (on policy). We are pushing whatever innovations are coming…. give freedom for disruption. India must become the greatest disruptionist country,” he stressed.

Road Transport and Highways Minister Gadkari said the government has already taken many decisions on electric vehicles and the charging stations at NITI Aayog can charge different vehicles manufactured by Tata, Mahindra, Nissan or others.

Accelerated adoption of electric and shared vehicles can save USD 60 billion in diesel and petrol costs while cutting down as much as 1 gigatonne (GT) of carbon emissions for India by 2030, government think-tank NITI Aayog said in a joint report with Rock Mountain Institute.