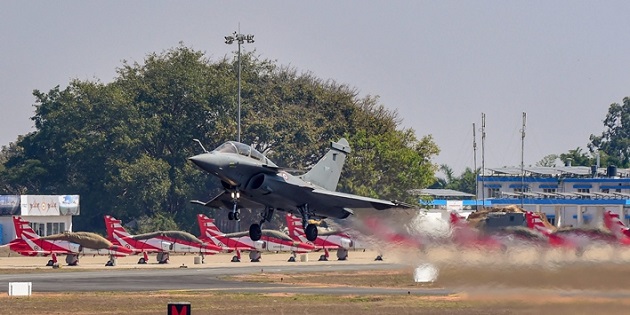 The contract–73 combat jets in the MK-1A configuration and 10 Mark 1 trainers–will be signed on the inaugural day of the three-day Aero India 2021 air show beginning in Bangalore on February 3. This contract, the single-largest order for an indigenously produced defence platform after the indigenous nuclear submarine project, was cleared by the Cabinet Committee on Security (CCS) on January 13.

HAL is also poised to get a Rs 3,000 crore order for 15 Light Combat Helicopters, two of which have already been produced. It is not clear, however, whether this order will be inked at Aero India. The HAL-built Light Utility Helicopter (LUH), currently in development trials, will get its Initial Operational Clearance (IOC) at the air show.

On February 2, the defence minister will inaugurate the TEJAS’s third assembly line in Bangalore. The new greenfield assembly line in Doddanekundi, co-located near the existing two production lines at the Bengaluru complex, was completed last year. The third line will be dedicated to producing 18 TEJAS MK-1 trainers. HAL will convert the line into the future hub for export versions of the aircraft.

HAL is to start delivering the TEJASs beginning in February 2024. The aircraft maker will complete deliveries of all 83 jets to the IAF by 2028-29. To meet the delivery schedules of 16 aircraft per year, the aircraft-maker is sourcing TEJAS wing sections from its Su-30MKI assembly line in Nashik. The Nashik line has been building Su-30MKIs for the IAF since 2004 though production has been tapering down to build the last squadron of the Russian-designed aircraft.

The IAF currently operates two squadrons of the TEJAS’s MK-1 variant. The first squadron was raised in Sulur, Coimbatore, in 2016 and now has 16 jets. The second, No. 18 squadrons, was operationalised with a single Final Operational Clearance (FOC) aircraft in May last year. Four more HAL-produced FOC aircraft will be on display at the air show next week. The 123 TEJASs in the MK-1 and 1A versions will replace the six squadrons of MiG-21 Bison as they fly out of service towards the end of this decade. Meanwhile, another indigenously designed and built machine is lining up to replace the armed forces’ fleet of the 1960s’ vintage Chetak and Cheetah LUHs.

The military version of the LUH is to get its IOC at Aero India. The machine was designed and built by HAL in a short span of five years. It demonstrated its ability to operate in high altitudes in September this year. During 10-day trials, the machine flew from Leh and did a ‘hot and high’ hover performance at the Daulat Beg Oldie advanced landing ground which, at over 16,000 feet, is the world’s highest. The helicopter also demonstrated its payload capability at the Siachen glacier and received an IOC for the civilian variant last February.