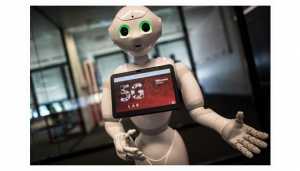 Artificial Intelligence (AI), in its store has a lot for many applications, but the velocity and speed have been a drawback against more widespread proliferation. With the advent of 5G wireless technology, this drawback may be less of a factor going forward.

5G, on one hand is the next generation wireless mobile technology, which is not only limited for communication, but also going to leverage a better connectivity of devices in the coming future. It will enhance the speed and integration of various other technologies. Whereas, AI on the other hand, is poised to allow machines and systems to function with intelligence levels similar to that of humans. So, it is necessary to know about embedding 5G and AI together.

With the background help of 5G, AI will potentially become more reliable and accessible at the speed of light, making easier analysis, data fitting, clustering and optimizations. 5G will also speed up the services that one might have on cloud. And then, AI will analyse the same data faster.

The question now is are we ready to see this happen? Well, it already is beginning to unfold in some countries around the world, with China leading the pack. The smartphone arena seems to be especially competitive, which can force earlier adoption and change of networks. Be ready, from the security to assurance lanes, as we will need to re-adapt ourselves to those very standards sooner than later.

IoT: The Awakening Connection of nearly Everything